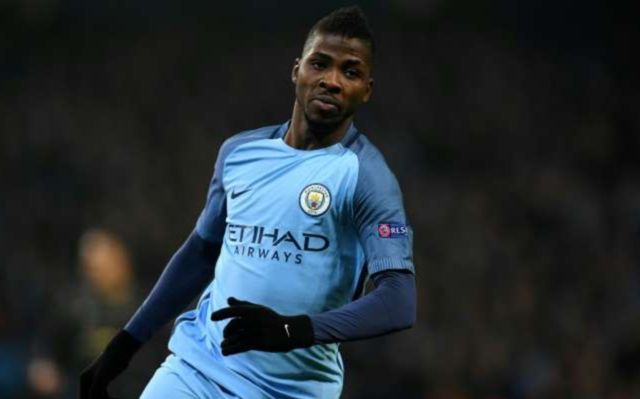 Manchester City have insisted on a £50M buy-back clause for Nigerian striker Kelechi Iheanacho, with the forward looking set to join Premier League rivals Leicester in a deal which looks to set the Foxes back around £25M, according to the Telegraph.

Iheanacho, who has come through the youth academy at the Manchester club, reportedly had his Foxes medical on Tuesday, with the player set to sign for Leicester sometime within the next 48 hours, report the Telegraph.

As reported by the Telegraph, a deal between the two clubs for Iheanacho, who scored four and assisted three in 20 league appearances last season, had been agreed almost four weeks ago, with the forward also agreeing terms with the midlands side, however the deal was held up due to a disagreement over image rights with the player’s former agent.

However now a deal looks set to be completed as per the Telegraph, with Pep Guardiola’s side striking an agreement with the Foxes which means they will be given first refusal on the player should he impress at the King Power, with the Midlands side happy to oblige as it means they would double their money on the striker should he succeed during his time at the club.

With Iheanacho set to move from Manchester to the Midlands, it’ll be interesting to see whether the player was signed a replacement for England man Jamie Vardy, or whether the two will be able to form a formidable partnership at the King Power.