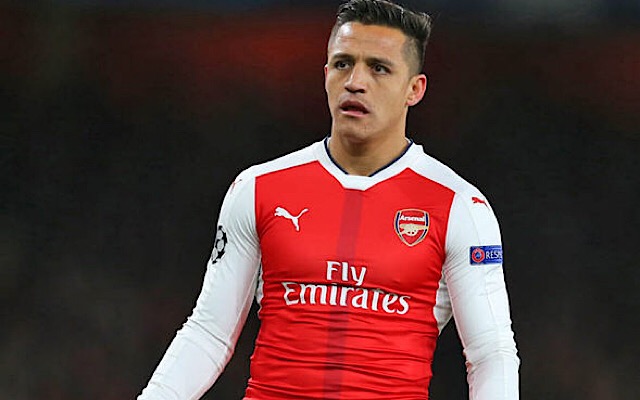 Alexis Sanchez has been told by Arsenal manager Arsene Wenger to respect his decision to keep him at the club.

The Chilean forward has been strongly linked with a move away from the Emirates throughout the summer transfer window.

Sanchez returned to training today in an open session ahead of Sunday’s Community Shield clash with Chelsea at Wembley.

The former Barcelona forward has only recently returned to the UK having been handed an extended break following his involvement in the Confederations Cup with Chile.

He was due back to report to Arsenal for training last Sunday yet that was delayed by illness.

Wenger has continued his stance that Sanchez will not be sold this summer and that he would prefer the forward leaves for free when his current contract expires.

As reported in the Irish Times, Wenger said, “I will not give anything away on (Sanchez) but the only thing I can tell you is that he is focused, and my decision is clear: he will stay and he will respect that. It is as simple as that”.

Wenger continued, “Every negotiation has to be a little bit secret. The transparency of society is very pushy but we have to resist a little bit, as much as we can.”

“We know as well we have a duty to inform people, but to talk about some things is not information any more — it is suicide.
I think he will be here this season, and if we can do it for more seasons we will do it as well”.