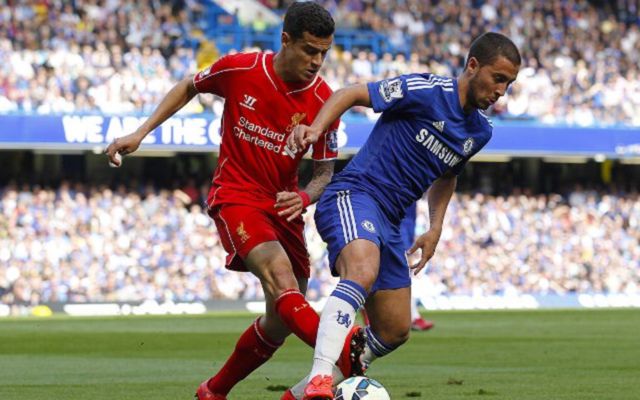 Barcelona have began their search for a replacement for out-going, soon-to-be PSG forward Neymar, with the Spanish side eyeing-up Liverpool man Philippe Coutinho and Chelsea winger Eden Hazard to replace the Brazilian international, according to the Sun.

Barcelona are set to spend the £198M they are about to receive for selling Neymar to PSG, with Barca chiefs wanting Chelsea forward Eden Hazard as a statement signing, having lost out in their battle to keep Neymar at the club, as per the Sun, with officials at the Catalan club having already asked a third-party to sound of the winger over a potential move to the La Liga side.

As well as Hazard, Barca are still in the hunt for Liverpool midfielder Philippe Coutinho, who is apparently close to a £70M move as reported by the Sun, with the Spanish side viewing the Brazilian as a long-term successor for current Barcelona star Andres Iniesta.

Barca want to play Coutinho in midfield instead of on the wing, which has lead the club to prepare a £100M bid for Chelsea man Hazard, report the Sun.

Should Barca spend the new-found fortunes they’re to get from selling Neymar on Coutinho and Hazard, it’ll be interesting to see how new boss Ernesto Valverde lines-up this season.