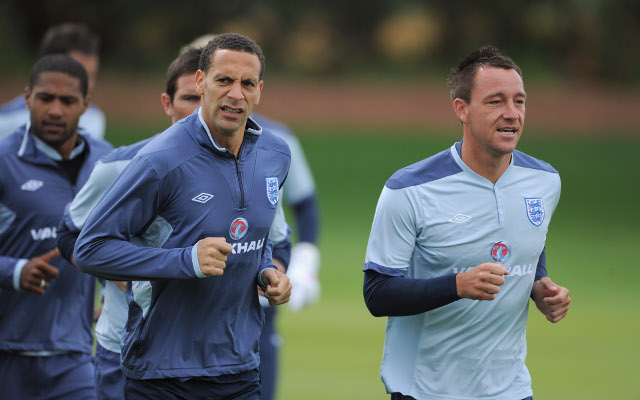 John Terry has seen his long-standing feud with Rio Ferdinand continue to haunt him as he’s reportedly missed out on a job with BT Sport because of it.

The former Chelsea captain, now of Aston Villa, was charged by the FA with racially abusing Ferdinand’s brother, Anton, in 2012, and later retired from England duty.

Despite time passing and Rio moving on into punditry, The Times report that BT Sport had plans to bring Terry in as a guest expert on its Champions League coverage this season to coincide with his obvious priority to help Villa get back into the Premier League.

However, it’s added in the report that they’ve now abandoned that plan because of concerns with Ferdinand and how he would more than likely refuse to work alongside him. In turn, it’s claimed that Terry will not be offered the position now, with former teammate Frank Lampard being announced as part of the line-up this week instead.

BT’s loyalty will naturally have to be with Ferdinand as he has been with them for years now and they will have wanted to avoid upsetting him by signing Terry up, regardless of whether or not that meant putting the pair on the same panel together.

The 36-year-old will undoubtedly be disappointed with missing out, but ultimately it will be music to the ears of Villa boss Steve Bruce, as he will surely want his new captain fully focused on the task at hand at Villa Park in the upcoming campaign.