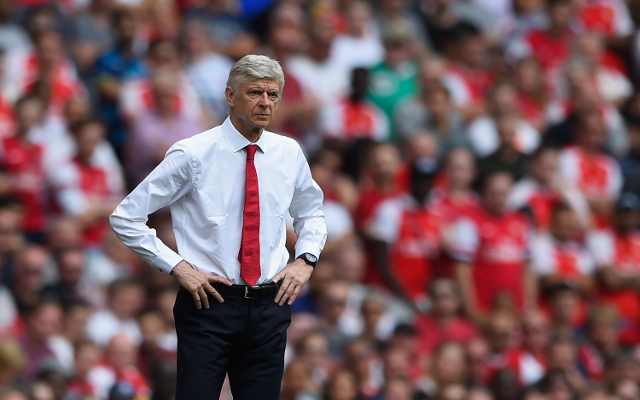 Arsenal manager Arsene Wenger has pleaded for Gunners fans to stay ‘united’ with the club ahead of the upcoming Premier League season, following the north London club’s victory on penalties against London rivals Chelsea in the Community Shield, as per Sky Sports.

Speaking after the Gunners’ 4-1 penalty shootout victory, boss Wenger said that the he “would like them (the fans) to stand behind the team as we might go through some very good periods and some not so good periods, we want to be united and together throughout the season.” as reported by Sky Sports.

Wenger was then asked about the game’s most controversial moment, as Chelsea man Pedro was shown a straight red for a foul on Mohamed Elneny, as the Frenchman said “I don’t know if it was a sending-off or not, but at that moment we were dominating, we had some difficult moments at the start of the second half, but after that we dominated. We always looked dangerous.”

Arsenal won the match 4-1 on penalties after the two sides drew 1-1 in normal time, with Victor Moses netting for Chelsea, and new Gunners man Sead Kolasinac levelled just after Pedro was sent off for Antonio Conte’s side.

With this confidence boost for the north London side, it’ll be interesting to see if Arsene Wenger’s side can star their Premier League season in style against Leicester City on Friday night.