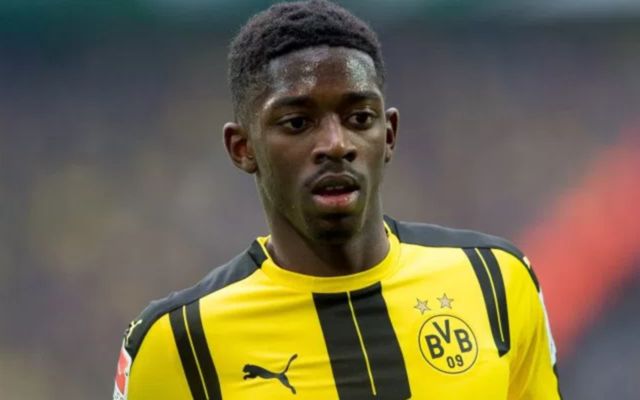 Barcelona will reportedly have to up their offer if they are to secure a deal to sign highly-rated Borussia Dortmund winger Ousmane Dembele, with the Bundesliga side rating the player at more than £90M, according to Sport.

As per Sport, the Catalan giants have reportedly agree terms with Dembele, however the club now face the difficult task of reducing the German side’s asking price, with the two clubs reportedly quite far apart with their valuations of the France international.

With La Liga side Barcelona having reportedly agreed terms with the 20-year-old, the two clubs are now set to negotiate a fee for the player, with Dortmund regarding the Spanish side’s original £63M+ offer as not being enough. Dortmund look unwilling to sell Dembele, as the German side value the player more than £90M+ as reported by Sport.

Barcelona look set to go back in for Dembele report Sport, however the offer from Ernesto Valverde’s side look set to be below Dortmund high valuation of the midfielder, who scored six and assisted 13 in 32 league games for Dortmund last season.

Should Barcelona manage to get a deal for Dembele over the line before the window shuts, the Spanish giants are set to have one of Europe’s most exciting prospects on their hands as they look to win their third La Liga title in four years.