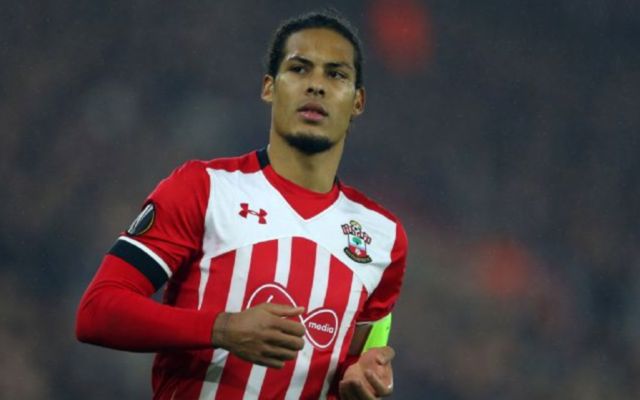 Southampton set to miss out on a £60M pay-day this summer, with the club more than prepared to let want-away Liverpool target Virgil Van Dijk “sit in the stands” than let the player go, according to the Express.

Van Dijk, 26, has already tried to force through a move to Anfield by handing in a transfer request at St Mary’s, with the Dutch international telling Saints boss Mauricio Pellegrino that he wishes to leave the club this summer, as per the Express.

As reported by the Express, Southampton, who acquired the player from Celtic in 2015, are reportedly still very angry with the Reds for tapping up their captain, with the south coast side determined not to do business with the Merseyside club even if it means missing out on a potential £60M fee.

An insider at the club has said that the Saints “do not want to sell Virgil to Liverpool and will happily let him sit in the stands all season”, report the Express.

It is unlikely Van Dijk will ever put on the red and white of Southampton again, after the centre-back launched a vicious attack on the club’s bosses in a strongly-worded statement, as per the Express.

Should Liverpool and Southampton end up agreeing on a deal for Van Dijk, it’ll be interesting to see if the Reds can mount a more successful title bid next season, as Jurgen Klopp’s side look to win their first league title in 27 years.