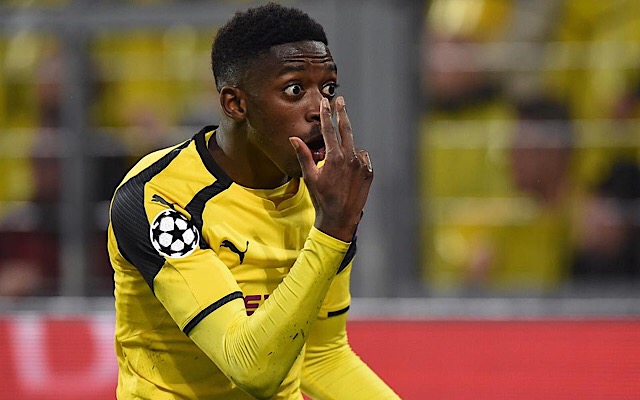 Barcelona have been told they will have to pay £130m to secure the signing of Borussia Dortmund’s Ousmane Dembele.

As the Spanish club look to replace Neymar, who joined PSG last week for a world record £199m, they have been informed by Dortmund of the staggering fee it would take to release Dembele from his contract.

As reported in The Guardian, Dortmund’s chief executive Hans-Joachim Watzke has hinted that the club would turn down an opening bid worth around £90.2m. A delegation from Barcelona travelled to Germany yesterday to continue negotiations.

Dortmund are aware of the problems they could face in replacing Dembele age before the end of the transfer window closes with the pricetag of €150m designed to force Barcelona to look elsewhere.

The situation mirrors the one that Barcelona face with Liverpool in trying to sign Philippe Coutinho, with Liverpool adamant that the Brazilian will not be leaving Anfield this summer.