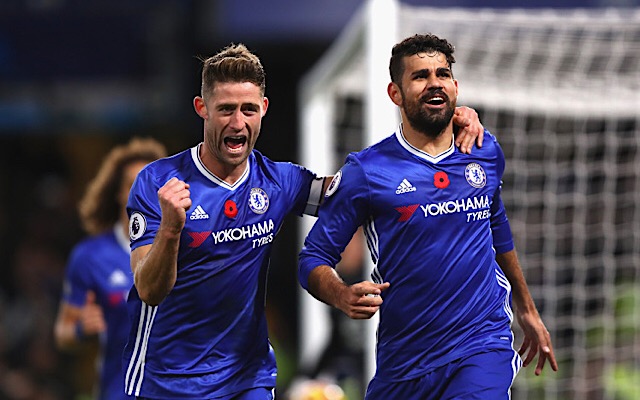 New Chelsea captain Gary Cahill has admitted that Diego Costa will be “a big miss” ahead of the new season, and admits the Premier League winners squad is short on numbers.

Costa claimed the Premier League winners’ top scorer with 20 goals last season as Chelsea claimed the title. Yet the Spain international looks set to quit Stamford Bridge having being ignored in pre-seasom by Antonio Conte.

As reported by Talksport, Cahill said, “As a player, he (Costa) will be missed.”

“Diego Costa is Diego Costa. He scores goals. He is an animated character and he is a big personality. He will be a big miss. We have obviously added to the squad with Alvaro [Morata] and that is a great addition to the squad, but you are always to going miss big players.”

Chelsea have added to their ranks in the close season, with Conte bringing Morata, Willy Caballero, Timoue Bakayoko and Antonio Rudiger. Yet the additions have been offset by a number of losses. Nemanja Matic joined Premier League rivals Man Utd last month, whilst Nathan Ake, Asmir Begovic, Nathaniel Chalobah and Ruben Loftus-Cheek have all left the club in search of first-team football.

Chelsea manager Antonio Conte is expected to introduce a few more faces to the squad before the end of the transfer window and Cahill is hopeful of fresh additions. “There is no getting away from the fact if you look at the back of the programme at the weekend [the squad is small]” said Cahill.

“We have certainly got the quality – you have seen that last season – but we have to keep players fit because at the minute our squad isn’t as big as some of the other squads.”