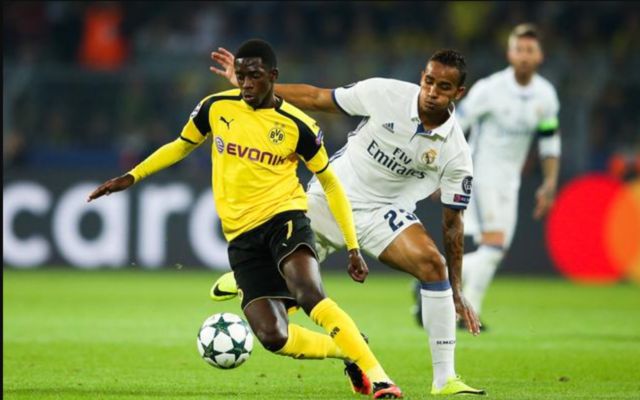 Borussia Dortmund have told Barcelona that if they are to sign highly-rated 20-year-old winger Ousmane Dembele, the Spanish side will have to pay at least £135M for the player’s signature as the club continue in their pursuit of a replacement for Neymar, as per the Guardian.

Dortmund chief executive Hans-Joachim Watzke confirmed this week that the Bundesliga club would be rejecting an offer of £90.2M from the Catalan giants this week, with the Spanish side sending a delegation of club officials to Germany in order to try and secure a deal for Dembele according to the Guardian.

As reported by the Guardian, Dortmund are unwilling to sell Dembele, who scored six and assisted 13 in 32 league appearances last season, as they feel they would struggle to find a suitable replacement for Dembele with such little time left in the window, with Dortmund’s staggeringly-high asking price set to leave Barcelona looking elsewhere.

Dembele has four years left on his deal at the German club, and is reportedly keen on a move to the Nou Camp, but has accepted that he might have to stay at Dortmund this season in order to get his wish next summer report the Guardian.