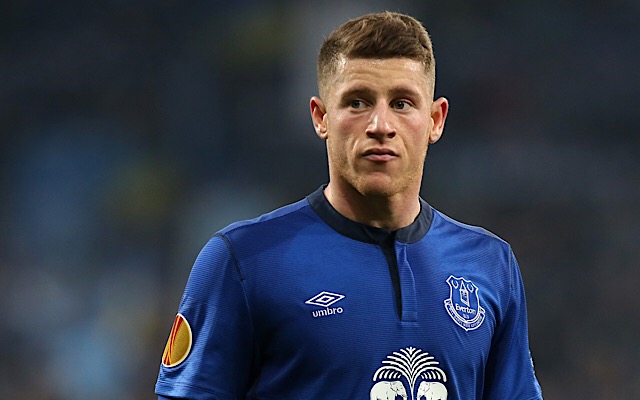 Chelsea reportedly believe that they can snap up Everton ace Ross Barkley in a bargain £25m deal this summer, half of his reported valuation.

The 23-year-old has refused to sign a new contract with the Toffees as he continues to seek a move elsewhere to secure Champions League football.

While Tottenham have been strongly linked with the England international, it appears as though Chelsea are now in the running with The Sun reporting that Antonio Conte is keen on the midfielder.

As per Sky Sports reporter Kaveh Solhekol, Chelsea believe that they can prise him away from Goodison Park for £25m, although Everton remain adamant that they want £50m, which many would argue is an unrealistic price-tag for him.

With just a matter of weeks remaining in the transfer window, with targets of their own to consider and with a desire to cash in on Barkley while they can, perhaps Everton’s stance will change even if Ronald Koeman has insisted that will not happen.

Further, having returned to training this week, he may well still have a role to play for the Merseyside outfit this season, and so the reasons for this cut-price deal to Chelsea not happening seem to outweigh the opposing argument.

Nevertheless, that seemingly hasn’t put Chelsea off as they believe that they can land him in a ‘bargain’ deal, as per the report, which will naturally be a huge blow to Tottenham who are also keen on the playmaker, but would be a huge boost for Conte in strengthening his squad with additional quality and depth.