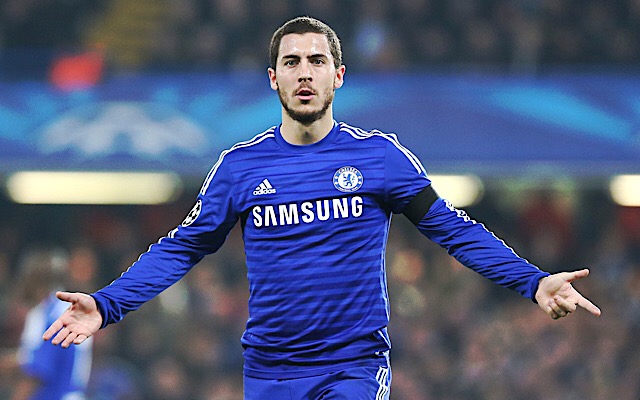 Chelsea’s are bracing themselves for a fresh attempt from Real Madrid for Eden Hazard.

The European champions are resigned to French teenage sensation Kylian Mbappe joining PSG from Monaco, are prepared to launch another £100m bid for the Belgian.

According to reports from Don Balon, Real Madrid manager Zinedine Zidane remains keen on signing Hazard, who is currently recovering from an ankle injury.

Chelsea manager Antonio Conte has dismissed the speculation, “I don’t know anything about this situation”, he said.

“In the past I read a lot of stories about (Hazard going to) Real Madrid and now there is Barcelona. This is the transfer market and we must understand this.”

“Will Hazard stay with us? Yes. He is very happy to stay with us and to play for Chelsea.”

Chelsea signed Hazard from Lille in 2012, and he was voted Footballer of the Year as the club won the title three years later.

Though his form dropped sharply in the following season, Hazard looked reborn under Antonio Conte in 2016/17. Hazard claimed 16 goals and five assists to help Chelsea to the Premier League title.

Chelsea begin the defence of their title at home to Burnley tomorrow, with Hazard still a few weeks from contention.

Whether he remains at Stamford Bridge at the end of August remains to be seen.