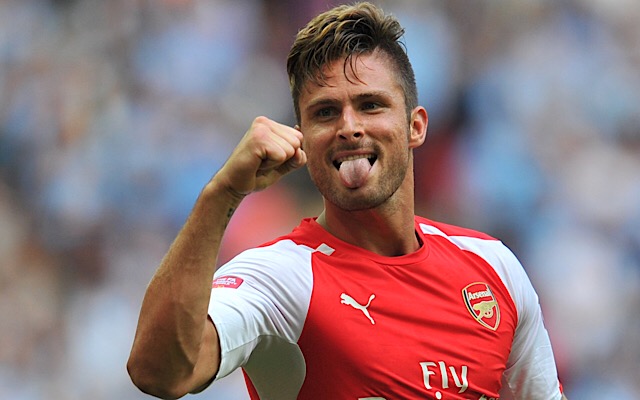 Olivier Giroud was the hero for Arsenal tonight, scoring a late winner in a 4-3 win over Leicester.

Arsene Wenger’s side came in to the game having won just one of their last six Premier League opening games before the Leicester clash, and seemed certain for more problems even though record signing Alexandre Lacazette handing them a perfect start to the new campaign.

However, a Shinji Okazaki effort and two goals from Jamie Vardy brace had Arsenal looking at another defeat with 10 minutes remaining.

Danny Welbeck brought Arsenal level at 2-2, and they were once more saved as substitute Aaron Ramsey equalised eight minutes from time. Giroud, so often Arsenal’s saviour from the bench, earned the winner with a superb header shortly after.

Giroud scored the winner, just days after Marseille gave up on signing the French international forward.

Speaking to football.london, Wenger said of Giroud, ” I love the man and the player. He is a fantastic guy. He is committed and he loves the club. He doesn’t want to leave and I’m happy he wants to stay.”

“At some stage I opened the door for him because I knew I had many strikers, but he is really loved here.