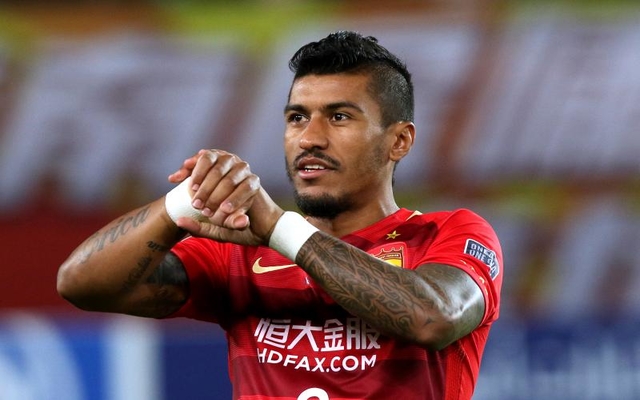 Barcelona are reportedly set to secure the signing of midfielder Paulinho in a deal worth €40m, with the Brazilian set to arrive in Spain on Monday.

The Catalan giants have been linked with some big names this summer, especially after the mega-money exit of Neymar last month.

However, according to The Daily Mail, it will be former Tottenham ace Paulinho who arrives first, with suggestions that an agreement has been reached with Guangzhou Evergrande over a €40m transfer for the 29-year-old.

The Brazilian international has spent three years in China, but he will now return to Europe to join a giant in their bid to win major honours next season as he hopes to become a major part of Ernesto Valverde’s plans moving forward.

It’s added in the report that there is no official word from Barcelona yet as they finalise the deal and so it isn’t yet wrapped up, but it’s strongly suggested that it’s merely a matter of time before he makes the move to the Nou Camp and is unveiled to the media and supporters.

Mundo Deportivo are keen to add that the signing of Paulinho is independent to the possible arrivals of Philippe Coutinho or Ousmane Dembele, with both men heavily linked with moving to Spain before the end of the month.

Having seemingly now added a midfield reinforcement, there is still a major void to be filled by Barcelona this summer, but that search has proven to be much more difficult as talks go on over a big-money swoop for one of the names mentioned above.