Liverpool have told Emre Can he is not going anywhere, despite on-going contractual disputes. The midfielder has been on Juventus’ wish-list, with the Serie A champions expected to lodge a £23m bid for the German. 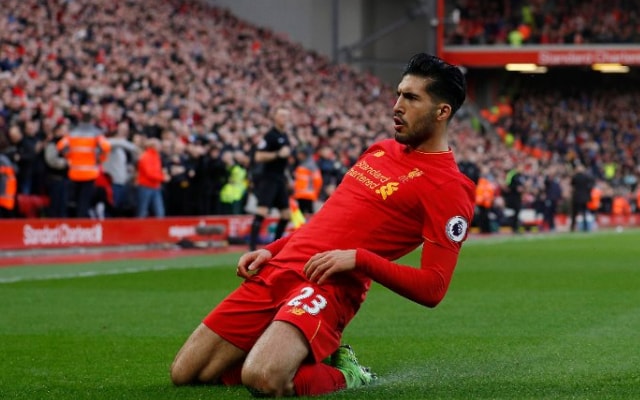 Can is in the final year of his contract but the Reds are looking to tie him to a new deal, in which the player is demanding a reported £100,000 a week, according to The Mirror. They claim Liverpool are prepared to meet this but ‘Anfield sources’ say other aspects of the contract are making negotiations stall.

The paper reported that if no agreement can be met, manager Jurgen Klopp is prepared to lose Can for nothing next summer rather than lose a key player weeks into the season and causing disruption to his team plans. His side have already been weakened in the defensive midfield department after the departure of Lucas to Lazio last month.

Any links with RB Leipzig’s Naby Keita have been muted as of late with no sign of a transfer negotiations happening any time soon.

The 23 year-old played all 90 minutes of Liverpool’s 3-3 draw with Watford on Saturday in spite of the situation with Barcelona target Philippe Coutinho missing the game because of the surrounding speculation of his potential transfer.

Liverpool fans will want a conclusion to the matter as soon as possible, but they’d much prefer a late contract signature than to see him move elsewhere.