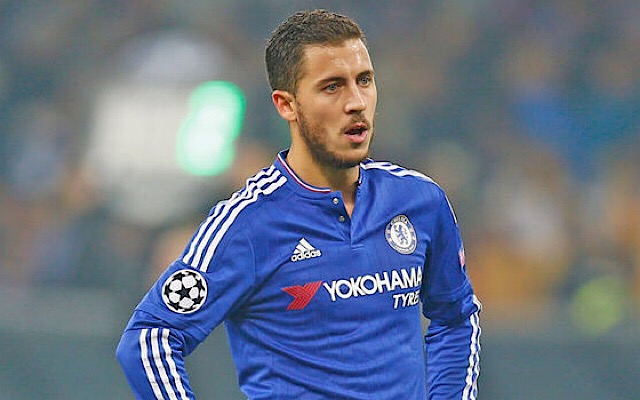 Chelsea are reportedly willing to listen to an offer from Barcelona for Eden Hazard, but will not sell him for anything less than €120m.

The Catalan giants are desperately scrambling to replace Neymar after his mega-money exit to join Paris Saint-Germain last month, with various targets linked with a move to the Nou Camp.

According to Diario Gol, Hazard is not only on their list of replacements, but it’s claimed that Chelsea have informed them that they’re open to letting the Belgian ace move to Spain, but only for a huge fee of €120m.

The likes of Ousmane Dembele and Philippe Coutinho have been heavily linked with moves to Barcelona this month, and it had seemed as if Hazard was an outside bet to fill the void left by Neymar.

However, if this report is to be believed, then it would seem as though Antonio Conte could cash in and use that money to strengthen his squad as a whole having bemoaned the lack of depth at his disposal heading into the new campaign.

Given the level of influence that the 26-year-old had on Chelsea last season and previous to that too, it doesn’t seem to make much sense at all. Nevertheless, it’s added that the Blues could lower their demands if Sergi Roberto is included as part of the deal as Conte is a big admirer of his talent.

Hazard is currently recovering from an ankle injury and missed the opening-day defeat to Burnley at Stamford Bridge this weekend, with many Chelsea fans desperate to see him back in action as soon as possible.

However, this report may well concern them as although it seems highly unlikely that Chelsea would sell one of their best players, reports in Spain would suggest otherwise.