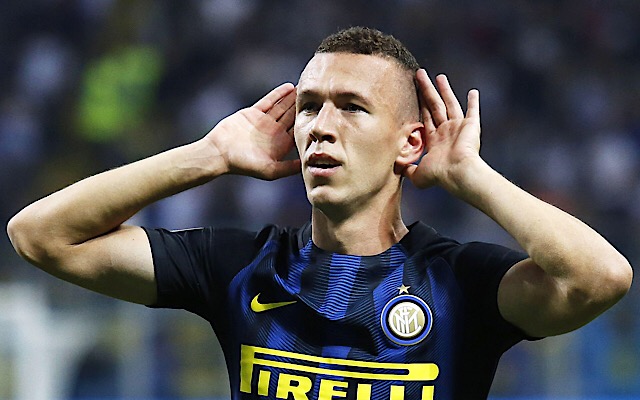 Chelsea are reportedly considering a late swoop for Inter winger Ivan Perisic, but will have to fend off Man Utd in their bid to land the Croatian ace.

The Premier League champions got their title defence off to the worst possible start with a home defeat to Burnley at the weekend, and the pressure has certainly ramped up on Antonio Conte.

While they will be expected to bounce back, it’s claimed by The Mirror that they could be incredibly active between now and the end of the transfer window, with Perisic among their targets.

It’s added that the £48m-rated star is also wanted by United though, and so it remains to be seen who wins the race for his signature if the two English giants go head-to-head.

Meanwhile, Alex Sandro, Joao Cancelo, Danny Drinkwater, Ross Barkley and Alex Oxlade-Chamberlain are all mentioned in the report as still being on the Chelsea radar, and so there could very well be a whole host of new faces at Stamford Bridge in the next fortnight.

The Mirror add that Chelsea are also set to make a whopping £50m bid for Southampton defender Virgil van Dijk, with the Dutchman pushing for an exit from the Saints after handing in a transfer request last month.

Liverpool are also credited with a strong interest in the defensive ace, but it’s added in the report that Chelsea will submit a formal offer this week, speculated to be around £50m, with Conte and technical director Michael Emenalo confident that they will land their man.

It remains to be seen whether or not Liverpool or Manchester City can ruin their plans late on, but this week seems like it will be decisive with regards to his future as all three clubs are still desperate to strengthen their backline, some perhaps more so than others.