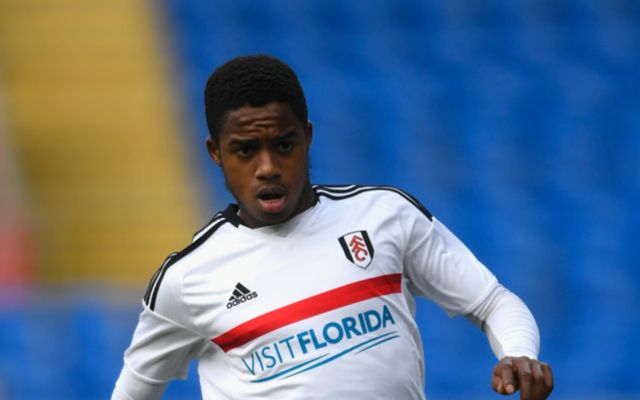 Tottenham have had a bid of £25m for Fulham defender Ryan Sessegnon rejected by the Championship side, as the north London club look to complete their first signing of the summer, as per the Telegraph.

17-year-old Sessegnon is one of the brightest young talents in England football, and has included in Fulham’s squad for their Championship affair with Leeds at Elland Road tonight, having signed his first professional deal with the club this summer as reported by the Telegraph.

Spurs’ offer for Sessegnon, who scored five goals for Fulham in the league last season, was just below the £25.5M that Manchester United paid for Wayne Rooney back in 2004 according to the Telegraph, with the club looking to keep hold of their young talent as they push for promotion this season having lost in the play-off semi-finals last season.

Sessegnon has also attracted interest from Man United and Liverpool already, however Spurs seem to be the ones that have made the first move, report the Telegraph.

Should Sessegnon make the move from west London to north London this summer, it’ll surely cost Spurs a fee which is sure to be a record for an English teenager.