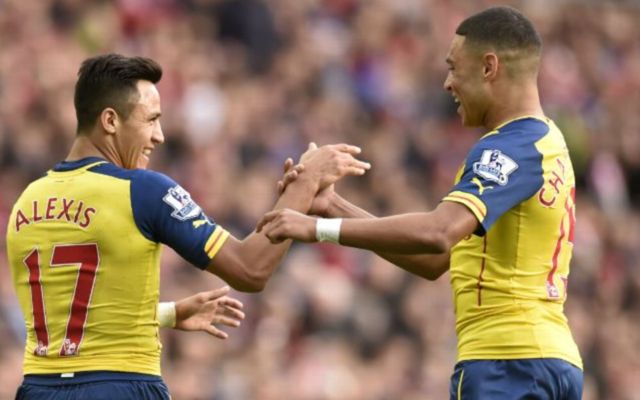 Arsenal manager Arsene Wenger has insisted that the club will reject any bids for want-away duo Alexis Sanchez and Alex Oxlade-Chamberlain, with the Gunners expecting the pair to honour the last year of their current deals, with Wenger eager to tie to two down to new deals at the club, as reported by the Mirror.

As written by the Mirror, Manchester City are set to test the Gunners’ resolve regarding Chilean forward Sanchez, whereas Arsenal’s London rivals Chelsea are interested in a deal for Oxlade-Chamberlain, with both players having just 12 months lefts on their current contracts with the club.

As reported by the Mirror, When asked about the duo future and the speculation surrounding their futures, Wenger replied with “We always hope, even now, that we can extend the contracts of Sanchez, Chamberlain and [Mesut] Ozil.”

And when asked about whether he would be keeping the promise he made about refusing to sell Sanchez and Chamberlain, Wenger replied “Of course! I think it looks unusual to the media sometimes that clubs want the contract to be respected.”

Should Wenger’s promise be fulfilled and both Sanchez and Oxlade-Chamberlain still be at the club after the transfer window shuts later this month, it’ll be interesting to see whether the Gunners boss will be able to persuade the duo to extend their current deals, or whether both will leave on a free next summer.