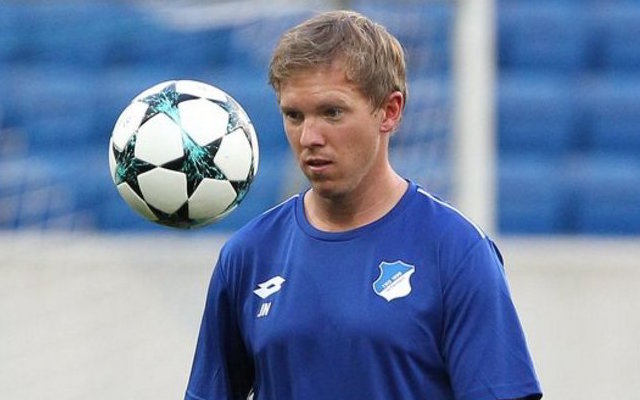 After falling to a 2-1 defeat at home in the the first leg of the Champions League qualifier against Liverpool, Hoffenheim boss Julian Nagelsmann has disputed comments made by Jurgen Klopp and suggested the Reds played “shit”.

It appears that the frustration of conceding two away goals and having to take a loss to Anfield for the second leg has got the better of the Hoffenheim manager as his reaction to Klopp’s post-match comments prompted him to categorically disagree with his fellow German.

In quotes published by The Guardian, Klopp praised Liverpool’s performance and mentioned that Hoffenheim’s possession was limited to unthreatening areas.

However, Nagelsmann fired back, stating: “I don’t agree.”

Nagelsmann added: “We had the ball in many important spaces. He has to say that and defend his team. He can’t say, ‘Hoffenheim played great and we were shit.’”

Prior to the match Klopp had praised the Hoffenheim boss and expressed his admiration for 30-year-old Nagelsmann, as reported by Sky Sports.

Nagelsmann, however, made it clear last night that the respect may not be fully mutual.

Hoffenheim will have have a clear disadvantage heading into the second leg of the all-important qualifier.

However, a consolation strike from Mark Uth in the closing stages will give Hoffenheim and Nagelsmann hope, with the long ball leading up to the goal exposing Liverpool’s defensive frailties.

The second leg will take place next week on the 23rd when Liverpool will be clear favourites, carrying two away goals and a lead into the tie.