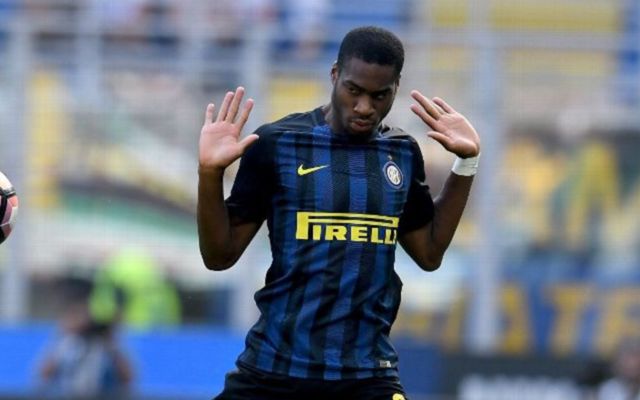 Liverpool and Spurs target Geoffrey Kondogbia is being forced to train on his own at Serie A side Inter Milan following a disagreement between himself and the club, according to Talksport.

France international Kondogbia, 24, has had a massive falling out with his club Inter Milan this week after refusing to turn up to training last week, which has lead to the player being forced to train on his own and away from the first team, as reported by Talksport, with the midfielder having been fined £200,000 following the incident.

As per Talksport, the news will put smiles on the faces both Spurs and Liverpool, who have both been linked with moves for the France international throughout the summer.

The English duo are both reportedly big fans of Kondogbia,who made 24 league appearances for Inter last season, with Talksport reporting that both clubs could make a move for Kondogbia before the transfer window shuts on August 31st.

However, as written by Talksport, Kondogbia could be involved in a swap deal with Spanish side Valencia, which would see defender Joao Cancelo move the other way as part of the transfer.

Should Kongogbia leave the San Siro this summer, it’ll be worthwhile keeping an eye on which club out Liverpool or Spurs manage to secure a deal to sign the 24-year-old.