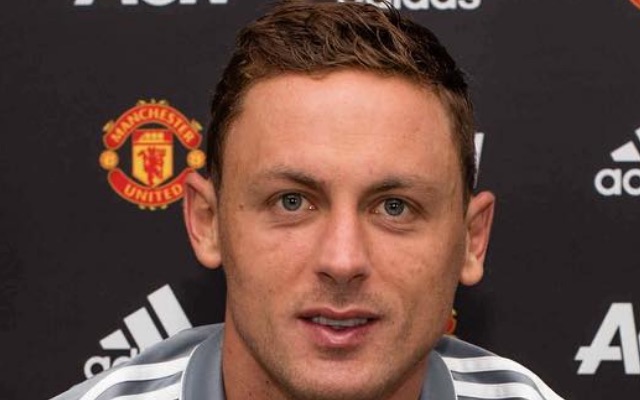 Nemanja Matic has taunted Chelsea fans as he expressed his reasons for moving to Manchester United. Matic discussed the importance of Jose Mourinho in his move to Old Trafford as well as stating that he believes United are the biggest club he’s played for.

The Serbian international has secured himself a warm welcome when he next visits Stamford Bridge with his comments to Sky Sports. By warm we mean he’s likely to have a few thousand angry Chelsea fans berating and booing him. At least it’s nice to see him embracing United life.

Matic believes that the Red Devils are the biggest club he’s played for and are certainly bigger than Chelsea. He said: “When you say Manchester United, it is different. Also Chelsea is a big club,” adding, “But Manchester is Manchester.”

The 29-year-old also discussed the importance of Mourinho in securing his move to the Red Devils. With Mourinho being the man that initially persuaded Matic to come to England from Benfica while at Chelsea – Matic notes; “Mourinho was the reason and so was the club, Manchester United, so you don’t need to think a lot about if you are going to come. My decision was very quick and very clear.”

Matic marked his league debut for United with a 4-0 win at home to West Ham on Sunday with a superb individual display that also helped to allow Paul Pogba to play further up the field. Matic and United will look to carry this momentum into tomorrow’s fixture away to Swansea.