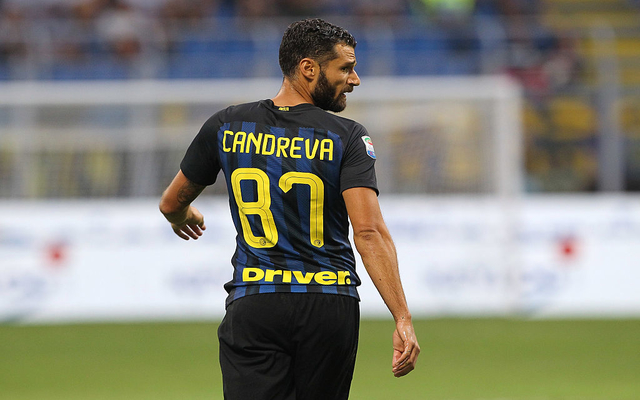 The Express reported on Friday that the Blues were lining up a £25m bid for the 30-year-old after manager Antonio Conte was given the green light in pursuing the player.

The following day, the paper said Spalletti is not looking to sell Candreva on but explained: “I don’t know what could happen tomorrow,” before stating “as far as I can tell, Chelsea could try to do something.”

Despite contrary reports, The Express claim that Inter Milan are confident that the midfielder has shown no signs of wanting to leave the San Siro.

The Italy international netted 9 times in 44 appearances for his club last term.

Conte is looking to strengthen is squad further and is expected to bring in at least one more player before the end of August.

If Candreva did sign for the champions, he would be the fifth new face through the door, joining Willy Caballero, Antonio Rudiger, Tiemoue Bakayoko and Alvaro Morata as Stamford Bridge new boys.

The arrival of the player would maybe perplex Chelsea supporters with the winger department one of the strongest, not only at the club, but in the league. Candreva would have to overcome the likes of Eden Hazard, Pedro and Willian to gain a place in the line up in the hope he doesn’t turn out to be a Juan Cuadrado.