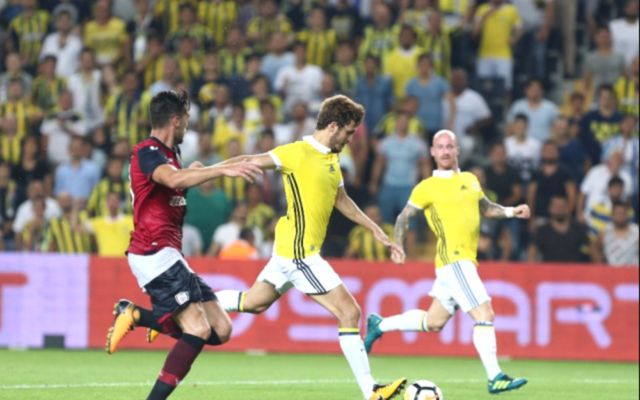 Arsenal have joined Spurs and Manchester City in the race to secure the signature of 18-year-old Fenerbache wonder-kid Oguz Kagan Guctekin, with the Turkish side having already rejected a £4.5M bid from Man City for the midfielder, as reported by the Sun.

City’s bid for the 18-year-old was confirmed by Fenerbache’s president Aziz Yildirim, with the Sun reporting that the offer was in the region of £4.5M.

Scouts from both Arsenal and Spurs have also been tracking the teenager’s progress, with the north London side’s now ready to enter the race to sign the Turkish starlet, according to the Sun.

Should either clubs wish to secure the signature of Guctekin, they’re going to have to pay more than £4.5M that was offered by City, as the bid from Pep Guardiola’s side was rejected by the Turkish Super Lig side, as Yildirim insisted that the club have “turned down the offer” from City for the player, report the Sun.

Should either English club manage to get a deal for Guctekin over the line, it’ll be interesting to see whether the teenager is used the first-team, or whether the player will be loaned out first in order to gain valuable first-team experience.