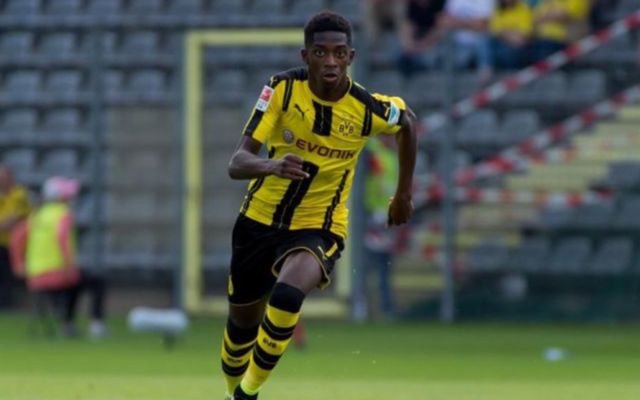 Barcelona target Ousmane Dembele will only be allowed to leave Bundesliga side Borussia Dortmund this summer should the German side’s asking price be met, according to FourFourTwo.

Dortmund’s stance on Dembele’s potential move away from the club was confirmed by the club’s Sporting Director Michael Zorc, who when asked about the situation surrounding the Dortmund star, said that “We have a clear position, if it is fulfilled, [he] will be transferred this summer”, as reported by FourFourTwo.

France international Dembele has been heavily linked with a move away from Germany this summer report FourFourTwo, with La Liga giants Barcelona having already had a bid for the winger rejected by Dortmund.

As per FourFourTwo, Dembele has also been suspended by his club after failing to report to first-team training ahead of Dortmund DFB-Pokal match against Rielasingen-Arlen.

Dembele impressed heavily for Dortmund last season, with the Frenchman bagging six goals and 13 assists in 32 Bundesliga games for the German side.

Should Barcelona eventually pay the money needed to prise Dembele away from Dortmund, it’ll be worthwhile seeing what the Spanish end-up forking over for the highly-rated 20-year-old as continue in their search to replace Brazilian star Neymar following the player’s world-record move to PSG.