Pierre-Emerick Aubameyang has admitted he must leave Borussia Dortmund in order to ‘grow’, grabbing the attention of top European clubs, including Chelsea. 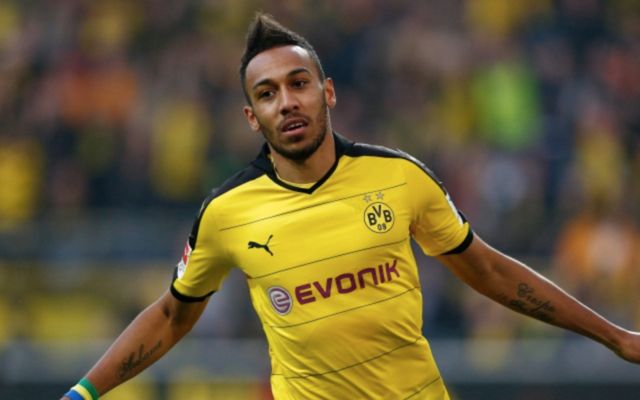 According to The Sun, Dortmund has had a deadline for offers last month, asking for £63m for the striker but no suitable offers were put forward.

“I am still reflecting on whether I should leave or not, “this club and these fans are incredible, but if I want to grow, I feel I need to leave.”

Last year’s Bundesliga top goalscorer scored in his side’s 3-0 win over Wolfsburg at the weekend.

Both Chelsea and former club AC Milan are said to be interested, although no formal approach has been made yet.

A £71m deal for the forward was apparently agreed with Chinese Super League side Tianjin Quanjian for the player in June, so say The Metro, but the move failed to materialise beyond this.

According to the Independent, Dortmund Chief Executive Hans-Joachim Witzke has voiced this fact saying:

“We will listen to it when a club is willing to show its appreciation for Aubameyang in a financial way as well.

“If an official bid were to reach more than £63million, it would have to be reported as a necessary to proceed. This has not happened so far.”

The 27-year-old netted 41 times in 46 games across all competitions for the Bundesliga outfit last campaign as they won the DFB Pokal and came runners up in the league.

Aubameyang leaving would spell disaster for Dortmund as they would lose their most prolific striker in recent history, but it would also be detrimental to the Bundesliga as a whole as the gap between Bayern Munich and the rest of the league evermore increases.