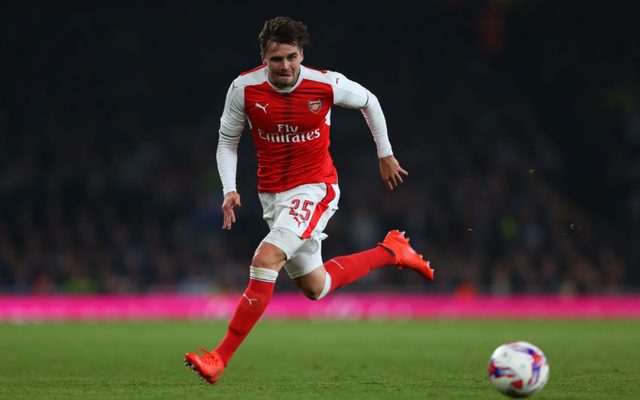 Carl Jenkinson and Cohen Bramall have both signed loan deals from Arsenal to Birmingham City for the season in an impressive double coup for Championship manager Harry Redknapp, as per The Sun.

While Jenkinson is the bigger name from the two, both have impressed from a young age at Arsenal and have had big futures tipped for their careers.

At just 21 years of age, the loan move is a sensible one for Bramall to gain more first-team action and develop into the player he hopes to become. However, the feeling for Jenkinson upon signing will surely be more of disappointment rather than excitement.

The right-back is now 25 years old and has failed to establish himself at Arsenal since signing from Charlton Athletic in 2011. Jenkinson has an international cap under his belt with the England squad from 2012 but he has failed to build on that moving forward and has since been unable to challenge Hector Bellerin at right back for the Gunners.

The defender was unlucky during a loan spell at West Ham between 2014 and 2016 where he sustained a knee injury in his second season with the Hammers.

While the loan deal is great business for Redknapp’s Birmingham in their push to challenge for promotion, it remains to be seen as to whether it will help Jenkinson in capturing the form that was once expected of him.