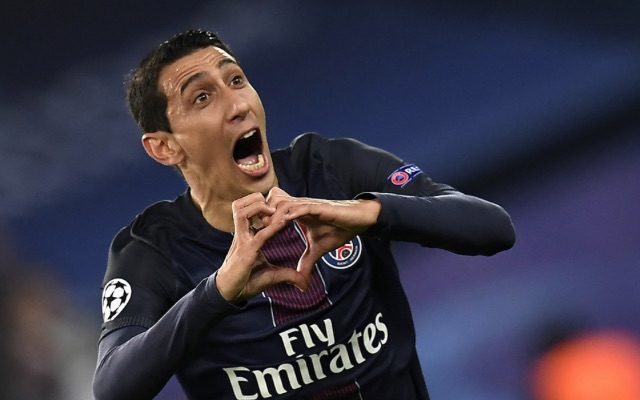 Spanish football journalist Guillem Balague claims former Manchester United flop Angel di Maria is being considered by Barcelona as being the answer in the quest to find Neymar’s replacement.

As Barcelona have had to give up on Coutinho, the targets are now Seri, Dembele… and di Maria. More on @SkySportsNews in few minutes pic.twitter.com/QUkhPus0xj

He tweeted on Monday that Barcelona have now withdrawn their interest in Philippe Coutinho and are instead targeting Jean Seri, Ousmane Dembele and ex-Real Madrid man di Maria.

The winger had a dismal time under Louis Van Gaal at United, only scoring 4 goals in 32 games for the red Devils after making a £59.7m move from Madrid in 2014, according to manutd.com. He left the next summer for PSG in a deal rumoured to be £44m, per ESPN.

The Argentina international has scored 16 times in 58 games for his current club.

Get French Football News reported on Monday that Barcelona are ‘hours’ from finalising a deal for Borussia Dortmund’s Dembele, with a fee of £120m expected to be agreed whilst The Guardian claim Ernesto Valverde’s side are closing in on a £36m move for Nice’s Seri.

It’s all systems go for Barcelona at the moment in a bid to regain some positivity around the club after a horrible week saw them get thumped 5-1 by rivals Real Madrid in the Super Cup before learning Luis Suarez was ruled out for a month amid news that Manchester City preparing a world record bid for Lionel Messi.