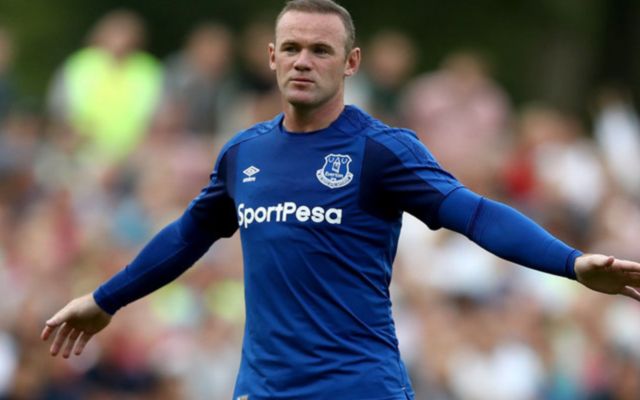 New Everton man Wayne Rooney enjoyed his return to Manchester tonight, as the former Man United captain scored in his second successive game for the Toffees to put his side 1-0 up against Manchester Cit at the Etihad.

Rooney, who rejoin the Merseyside club on a free from the Red Devils this summer, scored for Ronald Koeman’s side 10 minutes before half time after the ball was cut back from youngster Dominic Calvert-Lewin on the right-hand side.

Should the score stay the same, that goal from Rooney could be as big a goal for United as it could be for Everton, as the two Manchester sides look to be the frontrunners in this season’s title race.