Barcelona are expected to launch a ‘final’ £136m bid for Brazilian star Philippe Coutinho in an attempt to prize the sought-after midfielder away from Liverpool and become Neymar’s replacement. 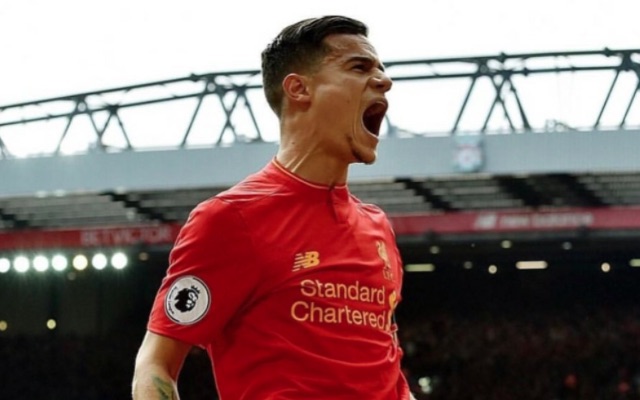 The Sun reported on Wednesday that the Catalan club are convinced the 25-year-old is still interested in a move to the Nou Camp and so are preparing a £100m bid with £36m add-on’s despite claiming to withdraw their interest last Sunday.

Liverpool have rejected three bids from Ernesto Valverde’s side already this summer, with owners Fenway Sports Group saying no amount of money could convince them to part company with their star man, per liverpooolfc.com.

Coutinho has missed Liverpool’s opening three games of the season, including the Champions League play-off first leg away at Hoffenheim, due to a ‘back injury’. He is expected to miss Wednesday’s clash with Hoffenheim in the return leg of their play-off tie.

Last night boss Jurgen Klopp revealed the Brazil international was now also ill and has ‘no idea when he’ll return’, according to The Sun.

However the German reassured journalists that Coutinho would come straight back into the first team set up once he has fully recovered.

This news will only annoy the Liverpool board further who may feel they are being undermined by Barcelona despite stating their number 10 is not for sale at any price. Many will feel this is a last throw of the dice for the Copa Del Rey holders rather than a tactically ensued ploy.