Barcelona have signed Ousmane Dembele from Borussia Dortmund for £110m as a replacement for Neymar, according to ‘reports from France’, per The Sun. 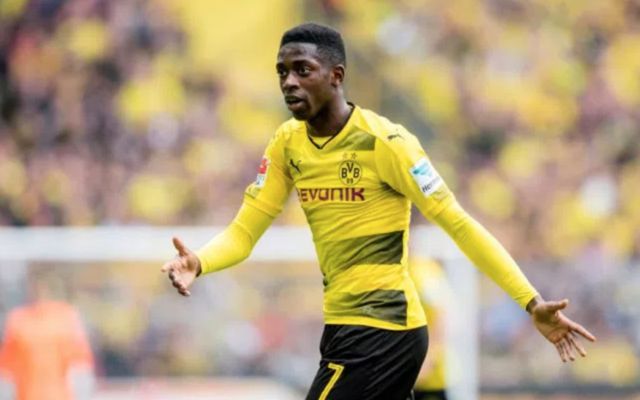 The paper is citing an article by BeIN Sports AR that claims the fee for the 20-year-old had been agreed on Thursday afternoon. Dortmund had suspended the forward went AWOL from the club two weeks ago, forcing him to train on his own.

Barcelona have attained an interest in Dembele all summer, having had a previous bid for the Frenchman rejected, per The Metro.

The youngster has shot to fame over the past twelve months since arriving from France. The former Rennes player netted six times and provided twelve assist last year for Die Borussen, sparking interest from all corners of Europe.

The Sun also claim Barcelona and Dortmund representatives were set to meet after the Champions League draw on Thursday to discuss a potential deal, despite club director Michael Zorc insisting no such negotiations will take place.

Barcelona have also been linked with a £45m move for PSG’s Angel di Maria.

The news will come as a delight to Barcelona fans who will be relieved a deal is finally being done for a Neymar successor as transfer deadline day looms ever closer.