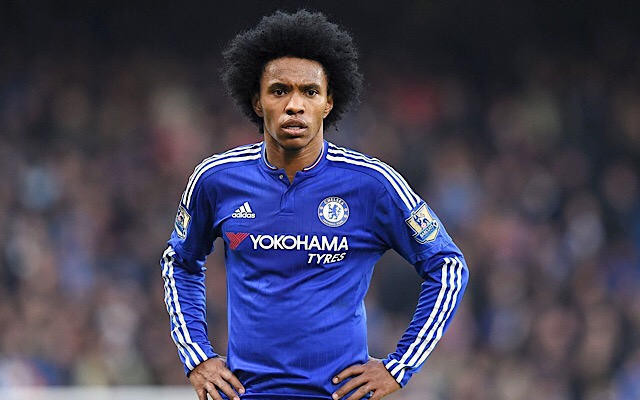 Barcelona are to turn their attention to Chelsea’s Willian after being frustrated by Liverpool’s refusal to sell Coutinho.

The Spanish club have accepted Liverpool are unlikely to release Coutinho after failing with a succession of bids.

Now, Ernesto Valverde’s side have set their sights on Coutinho’s compatriot Willian, according to the Mirror.

The Brazilian signed a new contract last summer, but has been linked with Manchester United and a reunion with Jose Mourinho.

“There were a few conversations with my agent. I worked with Mourinho and I became his friend as well,” Willian said, as reported in the Daily Express.

“He likes me a lot and I like him a lot as a coach and as a person. He has put his trust in me and in my work, and I was very grateful to him.”

“Manchester came to me, they talked with my agent, but nothing happened, because Chelsea would not negotiate me in any way and I’m very happy at Chelsea.”

Barcelona’s interest in Willian will come as huge boost for Liverpool, who qualified for the Champions League last night.

Jurgen Klopp’s side beat Hoffenheim 4-2, and 6-3 on aggregate, on the day Coutinho was spotted for the first time since his transfer request.

The Brazilian has been recovering from a back strain, and was spotted visiting a Merseyside barbers.