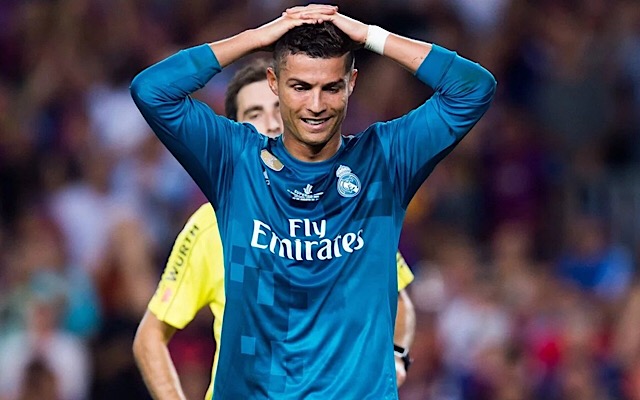 Man Utd fans have given a shock snub to Old Trafford hero Cristiano Ronaldo over a potential return to the club.

The Portuguese star was linked with a return to Man Utd earlier in the summer, with Ronaldo reportedly frustrated over his tax evasion case.

Man Utd’s hopes of resiging the player were dashed as the player returned to training with Real Madrid ahead of the season, according to the Mirror.

Yet Ronaldo’s future is once again under intense scrutiny after Real Madrid’s Spanish Super Cup clash against Barcelona.

Ronaldo receieved a five game ban for pushing the referee, and once again Man Utd have been alerted to his unhappiness in Spain.

According to reports in the Manchester Evening News,
a source close to Ronaldo said, “For now, he’s just concentrating on playing.”

“He is angry about the five-game ban, but he is working just as hard with the team. However, we cannot guarantee whether he will stay or leave. We’ll see what happens in between now and August 31.”

Man Utd fans have taken to social media with their surprising views on a potential Ronaldo return to Old Trafford.

“Cristiano Ronaldo can have a dream of returning to Manchester United same as Martin Luther King but we dont want him simples” said one fan.

Another Man Utd fan was unimpressed. “Ronaldo once again linked with United. Let’s put this to bed shall we. He uses United like a jilted lover.”