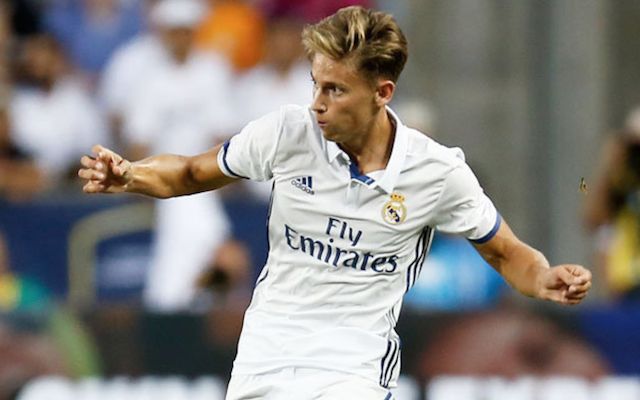 Chelsea are favourites to complete the signing of Real Madrid’s talented starlet Marcos Llorente as the Blues look to bring in some late additions to their squad ahead of the transfer window deadline.

The Daily Star report that Antonio Conte’s side are desperate to spend some more money ahead of the deadline and are readying a move for Llorente who they believe could be a replacement for the departed £40m Nemanja Matic, (fee per ESPN).

A conflicting start to the season has lead many to question Chelsea’s strength in depth after a somewhat frustrating transfer window. Losing Matic to title rivals Manchester United has aggravated many Chelsea supporters while simultaneously bewildering neutrals.

As an integral part to their title victory last season it was a strange move to allow the Serbian to join such a close rival with what appeared to be little effort at persuading Matic to stay.

It remains to be seen as to whether Llorente will be able to fill Matic’s boots at Stamford Bridge with the midfielder being just 22 years of age and therefore lacking the experience that the Serbian stalwart could boast.

We can expect the Blues to complete a lot of business in the lead up to the window closing and time will tell as to whether Llorente will leave the Spanish capital for Conte’s Chelsea.