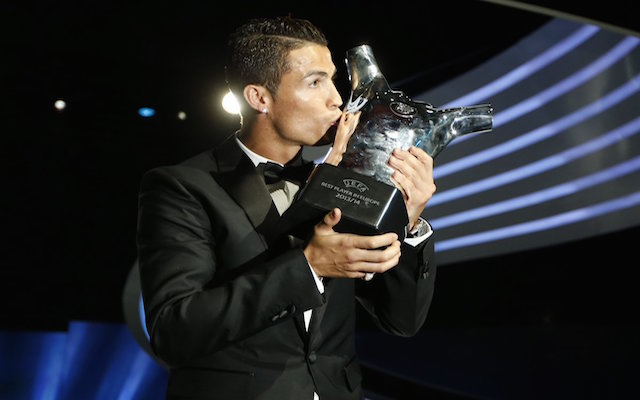 Real Madrid superstar Cristiano Ronaldo picked up another individual accolade this week to add to his illustrious collection and named Marcus Rashford as his potential successor.

The Portuguese star was unsurprisingly crowned the UEFA Men’s player of the year following a year of non-stop trophies and goals at Madrid. Ronaldo has won every major title needed to make him a great with just the World Cup to go.

The Mail Online have reported that while collecting the award Ronaldo was asked if he had his eye on any potential successors. Ronaldo acknowledged that not even his superpowers would be able to see him be at the top of the game for much longer: “A very good question. I see some with great potential: Asensio, Mbappe, Neymar, Dembele, Hazard, Rashford … and some others.”

Not only is it a testament to Rashford’s talent at such a young age that he has been considered by Ronaldo as a potential successor as one of the world’s greatest, but to be mentioned in line with the likes of Mbappe and Neymar will do the Englishman no harm.

Mbappe and Neymar have been at the forefront of extraordinary transfer sagas this summer and perhaps the United forward could be next to be thrown into the world’s limelight.

With Ronaldo’s comments yesterday regarding the talented Englishman we are of-course all still remaining grounded about Rashford’s talent. After all, when have the British press ever overexaggerated the potential of an England youngster?