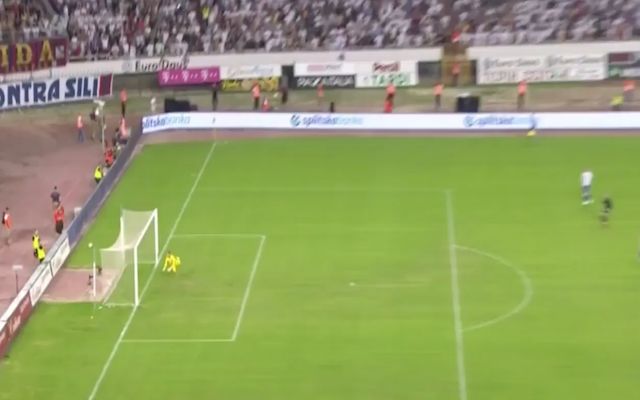 Gylfi Sigurdsson’s sensational 45-yard lob sent Everton into the group stages of the Europa League last night after a 1-1 draw away to Hajduk Split meant they progressed with a 3-1 victory on aggregate.

Sigurdsson recently signed from Swansea for a club record £45m, as per The Guardian. In his first appearance for the club he made quite the impact. Just 16 seconds into the second half the Icelandic midfielder won the ball on the right flank and managed to carve open some space for himself before catching the Hajduk Split goalkeeper both off balance and off his line.

The tie produced a tense atmosphere after the home side went 1-0 up in the first half leading to them only needing one more goal to draw level with the Toffees on aggregate. However, the well-timed magic from Everton’s new Icelandic talisman on his debut did much to silence the noisy home crowd.

Another notable moment from the tie went to English goalkeeper Jordan Pickford who saved a penalty from Split’s Said Ahmed Said in the second-half to deny the Croation side any hope of creeping back into the game.

Below you can watch the magnificent Sigurdsson goal in all its glory.