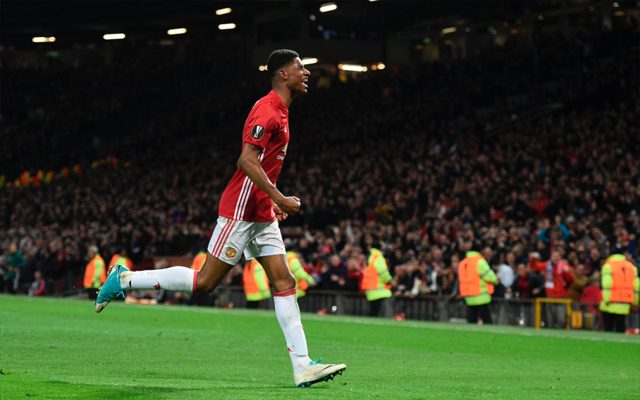 Barcelona have reportedly set their sights on Man Utd striker Marcus Rashford as their long-term replacement for Luis Suarez.

The 19-year-old burst onto the scene in the 2015/16 campaign, scoring eight goals in 18 appearances for the Red Devils before making it 11 in 53 last year in his first season under Jose Mourinho.

With competition for places increasing, the England international will be under pressure to perform to keep his place in the side, but things are looking positive for his future at Old Trafford.

Enter Barcelona, with Don Balon reporting that the Catalan giants want to sign Rashford next summer as they continue to plan for the future with Ousmane Dembele as their key marquee signing this time round.

Evidently Barca don’t like doing things the easy way in the transfer market right now, as after chasing Philippe Coutinho for months, it looks as though they’re going for another seemingly impossible target.

However, it’s noted in the report that they could be willing to splash out up to €200m to prise Rashford away from United, as they see him as the perfect long-term replacement for Suarez, and with more exits expected next summer, it could loosen the purse strings and allow them to make another big-money signing after losing Neymar this year.

It seems improbable for now, but Barcelona’s intentions seem to be to leave Rashford at Man Utd for another year, and launch their assault next summer after the World Cup. Much can change in a year’s time, and so perhaps they could stand a decent chance in 12 months time.