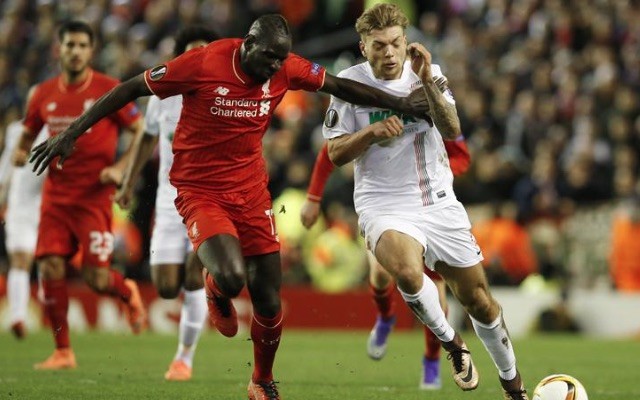 Liverpool and France defender Mamadou Sakho is close to securing a move away from Anfield, with the player edging closer to signing with Premier League side Crystal Palace in a deal worth £25M, according to the Daily Mail.

Sakho, who spent half of last season on loan at Selhurst Park, has found himself surplus to requirements with Jurgen Klopp and Liverpool, with the player set to secure a move away from the club, as per the Daily Mail, with Palace close to ending the saga surrounding the player’s future, which began last summer.

Sakho, who joined Liverpool from Ligue 1 side PSG in 2013, made eight appearances for the Eagles in the league last summer, as the Frenchman helped the club avoid relegation to the Championship.

With Sakho set to secure a move away from the Merseyside club, it makes you wonder whether manager Klopp is letting the player go to try and free up funds in order to make a last ditch move for Southampton star Virgil Van Dijk, who has been constantly linked with making a move to Liverpool this summer.