Arsenal are keen on landing Sergio Aguero in a monster swap deal with Premier League rivals Manchester City this summer.

City manager Pep Guardiola wants to sign Alexis Sanchez and has sanctioned a player-plus cash offer, including Raheem Sterling, for the Gunners playmaker, according to Sky Sports reporter Kaveh Solhekol.

However, Solhekol also claims that Arsenal would prefer Sergio Aguero to Sterling. 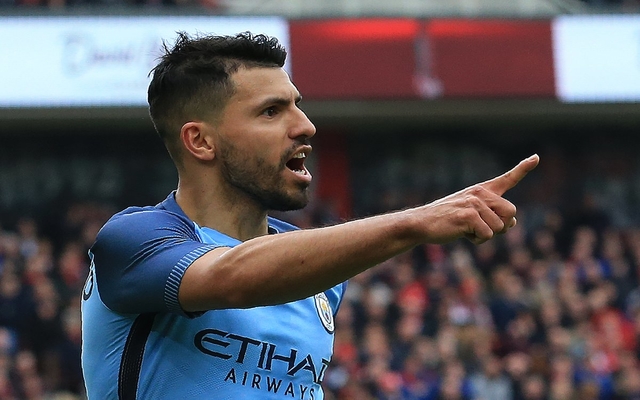 Aguero is one of the most lethal strikers ever to play in England.

He has scored 123 Premier League goals since joining City from Atletico Madrid in 2011.

The Argentine currently sits joint-15th, alongside Dwight Yorke, on the list of all-time PL leading scorers.

He has won two Premier League titles and two League Cups with City.

Meanwhile, Sanchez has won two FA Cups in three seasons at the Emirates Stadium, but is desperate to move north to City, in the words of Solhekol.

Sanchez has less than 12 months left on his current Arsenal contract, meaning he will be available on a free transfer next summer if he doesn’t sign a new deal.