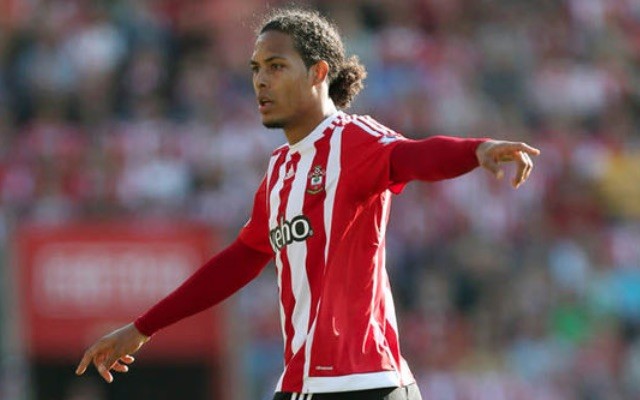 Liverpool target Virgil van Dijk is reportedly still hopeful that he can secure an exit from Southampton ahead of the transfer deadline on Thursday night.

The 26-year-old has been keen on a move elsewhere, with a move to Liverpool collapsing earlier this summer after the Reds were forced to publicly apologise for what the Saints perceived as an illegal approach.

However, as reported by The Sun, £70m-rated Van Dijk is still holding hope of a big-money move to a Premier League giant before the deadline passes, with Liverpool, Arsenal and Chelsea all specifically mentioned as potential options.

Liverpool seem like the most realistic destination though, and speculation has been rife all day on Thursday with regards to Van Dijk being spotted leaving training and heading for a new club, as noted in the report.

With time ticking away though, it seems more and more unlikely that a blockbuster move will occur, but the Sun haven’t yet closed the door on it entirely.

Meanwhile, Sky Sports report that Mamadou Sakho is Crystal Palace bound, after the two clubs reached an agreement on a £26m fee.

The French international has been frozen out by Jurgen Klopp for well over a year after a series of disciplinary issues, and in order to play regularly and rescue his place in the France squad for the World Cup next summer, a move elsewhere was always going to be needed.

After a successful loan stint at Selhurst Park, it looks as though Sakho is heading back to the Eagles, even though there has been a managerial change since he was last with them, with Frank de Boer now at the helm.