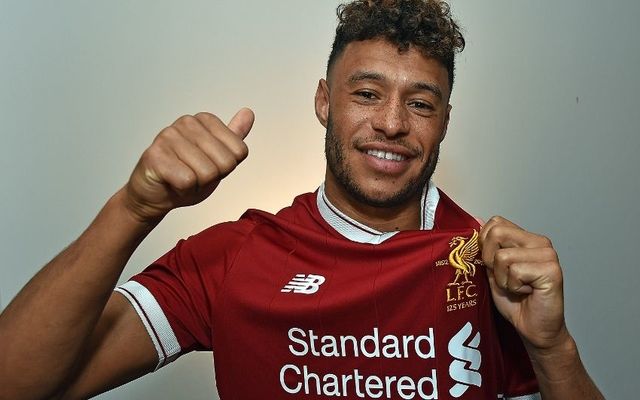 Liverpool have officially confirmed the signing of Alex Oxlade-Chamberlain with the 24-year-old said to be joining in a deal worth £35m.

The England international has penned a long-term contract with the Reds, as per the club’s official site, after undergoing his medical at St. George’s Park where is currently with the England squad during the international break.

With 132 Premier League appearances to his name in six years with Arsenal, it’s a big move for Oxlade-Chamberlain as he will undoubtedly hope to establish himself in Jurgen Klopp’s side and take his game to the next level.

He’ll still face significant competition for places, and from an Arsenal perspective, considering he had just 12 months remaining on his contract and failed to really fully deliver on his potential consistently, the £35m fee, as reported by BBC Sport, could be seen as a great deal for them.

Nevertheless, it’s an important addition for Liverpool and Klopp too as he becomes their fourth summer signing, although he didn’t exactly offer the most inspiring of first interview’s as an LFC player.

“I’m currently away with England, so I’m at St George’s Park. Firstly, I’m delighted to have signed for Liverpool and a big thank-you to everyone here at the FA that has made this possible, using the facilities. It has been a massive help.

“I’m not going to say too much today; I’m here with England and we’ve got two big games coming up, so I want to focus on them. But I can’t wait to get to Melwood and you’ll hear first from me on LFCTV.”

We’ll expect more when he speaks to the club’s media channels next week, and as professional as the above sounds, he’ll undoubtedly be delighted to secure a move to Anfield and open up what should be an exciting new chapter in his career.