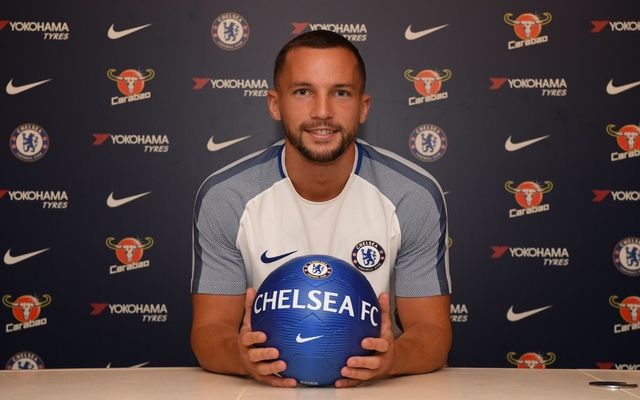 Below we’ve rounded up all the biggest deals completed by English clubs yesterday.

This one doesn’t feel too much of a deadline day steal with the agreement all but completed the day before. With Chamberlain already pictured wearing a Liverpool training kit while undergoing a medical it wasn’t a surprise to see this one go through yesterday. (Fee per the Telegraph.)

The Spanish forward had been a summer long transfer target for Chelsea and Antonio Conte but it was Daniel Levy’s notorious deadline day magic that lured Llorente to White Hart Lane. (Fee per the Guardian.)

The France international was a big hit upon a loan deal at Selhurst Park so it was no surprise to see this one go through. Sky have reported that the initial fee is £24m with an extra £2m in add-ons. (Fee per Sky Sports.)

This deal was vintage deadline day. With just hours to spare Chelsea were looking like being one of the biggest jokes of deadline day after the Ross Barkley saga, but the England international and title winning Leicester midfielder was rushed to the Chelsea’s Cobham training ground for a late medical yesterday and the deal was completed with minutes to spare. (Fee per The Sun)

‘It has been a long journey to get here but I am very happy and am looking forward to helping the club win more trophies.’ #WelcomeDrinks pic.twitter.com/mXoAnZs2mD

The Blues’ deadline day spending didn’t stop at Drinkwater with Conte adding Italian full-back Zappacosta to his ranks. The star is alleged to have been bought to provide competition for Victor Moses at right-back after a deal otf Alex Oxlade-Chamberlain fell through earlier in the week. (Fee per The Evening Standard)

A true indication of how crazy this transfer window has been isn’t PSG shattering the world transfer-record. It isn’t Chelsea splashing close to £60m on deadline day. It’s the fact that European Champion, German league title-winning and former Golden Boy winner Renato Sanchez now plays for Swansea City. You might need a moment to process that one.

A deal that had a ‘will he, won’t he’ feel throughout the whole summer, but yes it finally actually happened. Spurs replaced the departed Kyle Walker with just 24 hours to spare. Aurier’s work-permit issues were overcame as he completed a £23m switch. (Fee per The Guardian.)

?? @Serge_aurier: “This is a huge and exciting opportunity at a massive football club and I am determined to prove myself” #WelcomeAurier pic.twitter.com/eo1qZsS2xD

The Ivorian has returned to his beloved Welsh city after struggling at Man City. The deal might not be the most glamorous but it provided us with arguably the greatest unveiling video this summer. (Fee per the Mirror.)

(All deals as per Sky Sports.)