Arsenal midfielder Jack Wilshere has hit out at Arsene Wenger over a lack of game time in a sly response to a Tyrone Mings Instagram post.

The 25-year-old has spent the summer recovering from injury as he looks to force his way into Wenger’s plans moving forward.

Having spent last season on loan at Bournemouth, it’s been a frustrating spell for Wilshere, and question marks have been raised over his future at Arsenal given that he now has less than 12 months remaining on his current contract.

This probably won’t do him any favours, as although it’s clearly a tongue-in-cheek comment, it won’t be taken that way by a lot of people and perhaps even Wenger if it finds its way to his desk.

In response to an Instagram post by Tyrone Mings about his academy, Wilshere wrote: “Do you take 25 year olds who can’t get a game? I’m fully fit and ready to go.”

Provided that he is fully fit and can steer clear of injuries this season, Wilshere will surely get his opportunities. With Santi Cazorla still sidelined, Alex Oxlade-Chamberlain leaving for Liverpool and with criticism still being aimed at the likes of Granit Xhaka and Mesut Ozil, this is surely his best chance to now force his way back into the line-up and long-term plan at Arsenal. 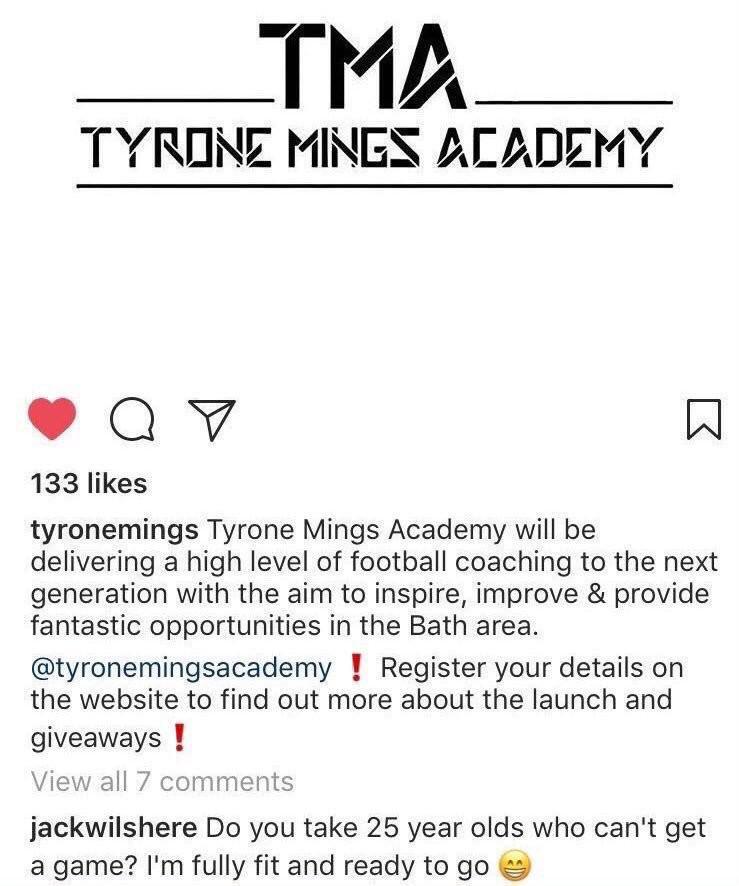