Barcelona have been in the headlines a lot this summer thanks to their transfer activity, but how will Ernesto Valverde’s men line up this season?

With two wins in two games to start the La Liga campaign and four goals scored with none conceded, things are going to plan on the pitch even if there have been plenty of distractions off it.

Naturally, the Spanish Super Cup loss to Real Madrid left a bad taste in the mouth of the Barcelona faithful, but the situation surely isn’t as bad as some seem to be making it out to be.

There were two main issues to be fixed this summer. The Catalan giants had to address the absence of a top-class right back, which they did with the €30m signing of Nelson Semedo from Benfica, as reported by Goal.com.

Further, another problem arose after Neymar secured his big-money move to Paris Saint-Germain, and a replacement was certainly needed to fill the void left by the Brazilian international.

In came Ousmane Dembele from Borussia Dortmund, with The Guardian putting his total fee at €147m including various add-ons that came as part of the deal.

Add midfielder Paulinho to the mix and the return of Gerard Deulofeu after his fine form during his loan spell at AC Milan last season, reinforcements have arrived across the pitch. In turn, Valverde has plenty to work with and has the flexibility to go with different systems and personnel. 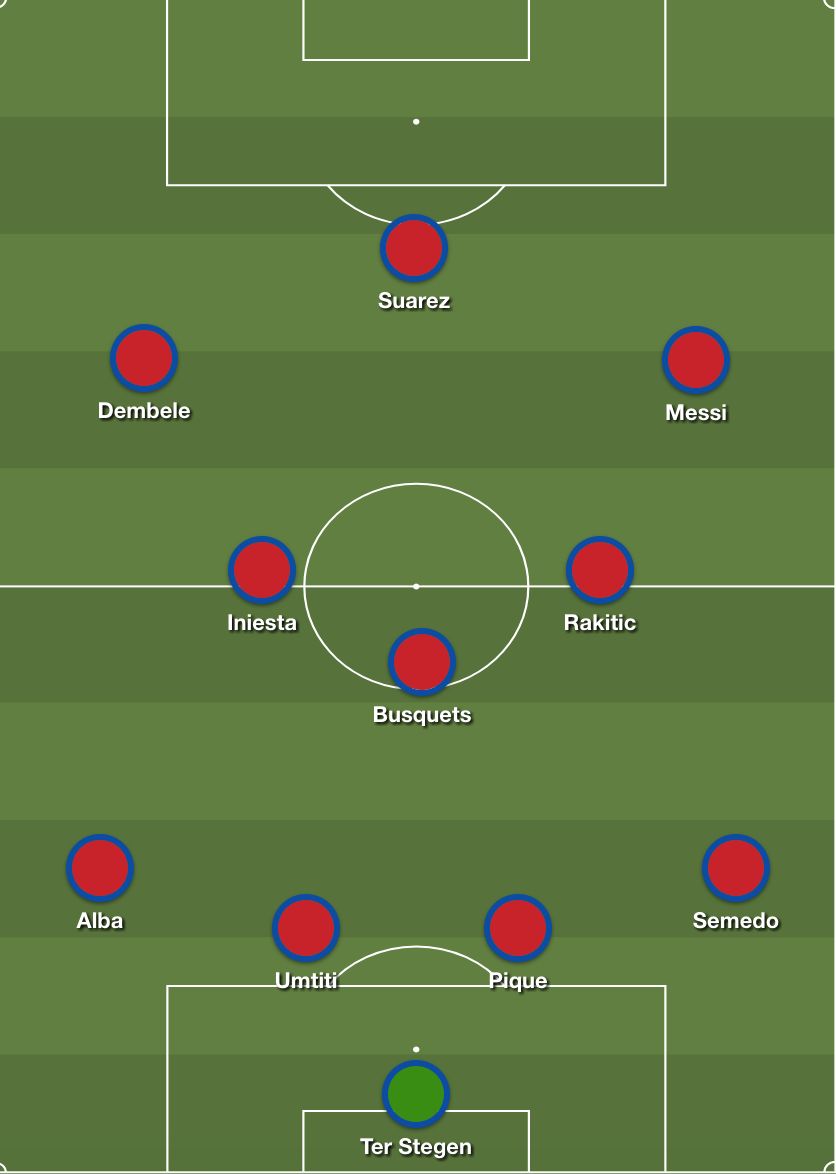 Opinion will naturally be split and personal preference will perhaps offer other systems and changes to the line-up above, so what would you like to see? Taking a different look with a more attacking feel, the system below could also be an option but would arguably leave Barcelona a little exposed defensively.

In turn, depending on the opposition and what Valverde feels suits the players at his disposal best, Barca have a lot of quality in the squad and it would be a surprise to not see them competing for major honours this season regardless of whether or not they were able to land all of their top targets this summer.

Depth could be a problem, but that’s where the likes of Sergi Roberto, Rafinha, Denis Suarez and Javier Mascherano come in and will be crucial in ensuring that Barca are a force across various fronts. 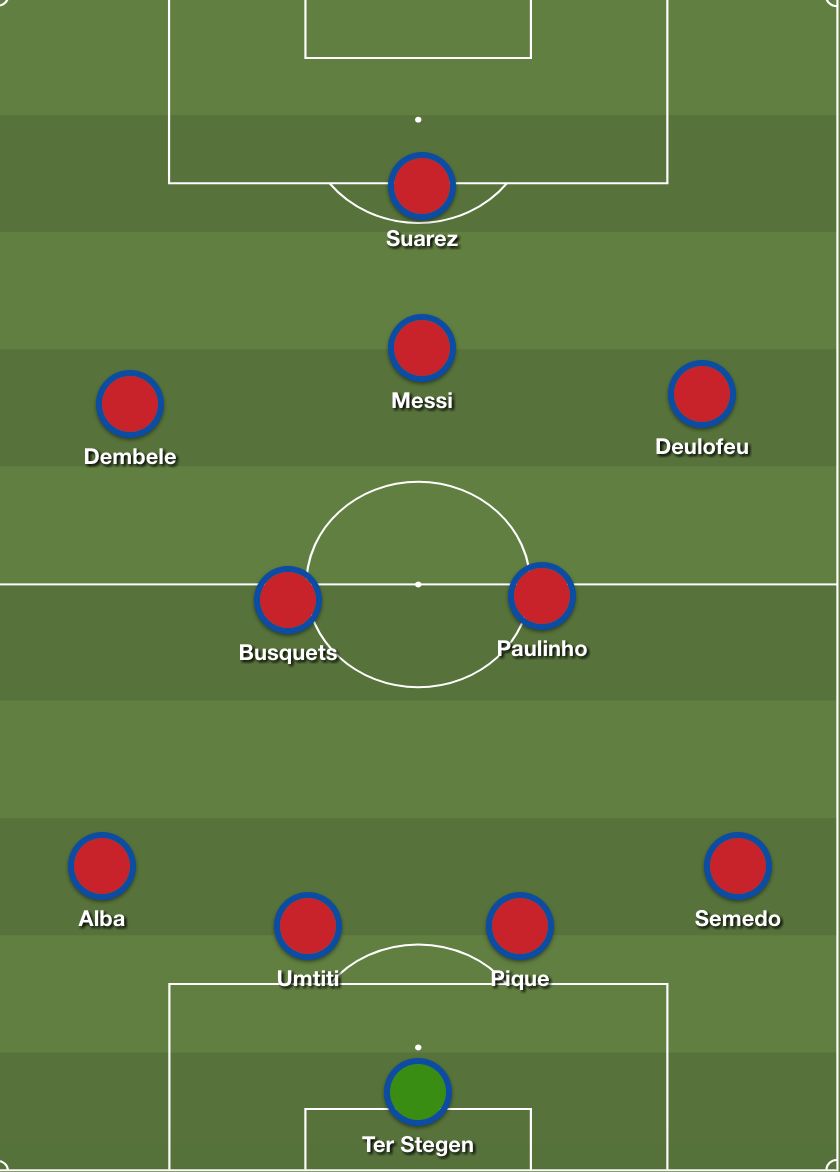