Barcelona may have had their troubles in the transfer market this summer, but they can still boast a highly-talented squad with plenty of options.

The Catalan giants sold Neymar and failed in their attempt to sign Philippe Coutinho. Nevertheless, they were still active in bringing in notable signings such as Nelson Semedo, Paulinho and Ousmane Dembele.

While that trio will be expected to establish themselves in the starting line-up, the level of depth behind them is impressive as Ernesto Valverde will have plenty of options at his disposal.

Barcelona will be expected to compete on various fronts this season, and putting aside their miserable Spanish Super Cup experience to start the campaign, they’ve won two in two in La Liga to make a positive impression.

Valverde will be under pressure to deliver in his first season in charge, but he’ll have a wealth of talent and quality available to ensure that Barcelona push rivals Real Madrid domestically and remain one of the favourites in the Champions League.

As the graphic below shows, they’ve got at least two players in every position. Some question marks can be raised over the quality level of some of the individuals, while others are getting into the latter stages of their careers.

However, there is a wealth of experience and game-changing personnel in the mix too, and it paints a pretty good picture for Barcelona this season. 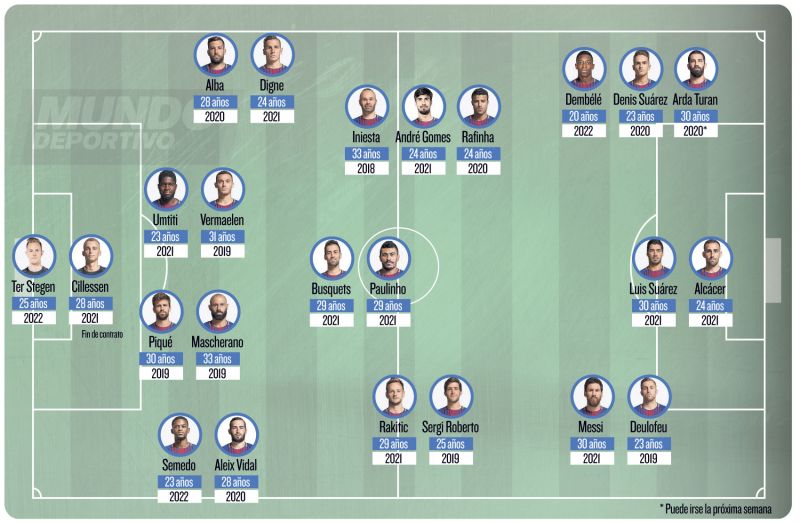