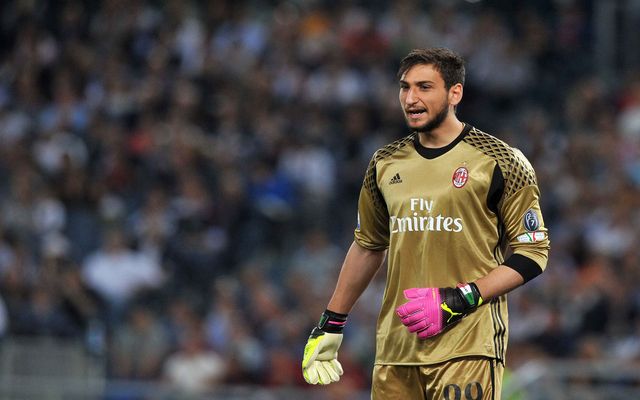 AC Milan are reportedly still considering a contingency plan in the event that Gianluigi Donnarumma leaves the club next summer.

After a controversial storm in June, the 18-year-old eventually signed a new contract with the Rossoneri and is now committed to the club for another four years.

However, it appears as though Milan still fear the possible threat of him leaving as Calciomercato note that Europe’s elite, namely Paris Saint-Germain and Real Madrid, could yet meet the €70m release clause in his contract and it’s unpredictable as to what his agent Mino Raiola would do in that event.

If that were to happen, the report claims that Milan are keeping tabs on Napoli goalkeeper Pepe Reina, with the Spaniard’s current deal set to expire next summer.

Reina was also of interest to PSG earlier this summer and so it sets up the intriguing potential of a merry-go-round, but ultimately Milan will of course hope that Donnarumma stays for the foreseeable future and continues to establish himself as a key figure in their side.

Meanwhile, Calciomercato also report that Suso is edging closer to signing a contract renewal at Milan, as per La Gazzetta dello Sport.

The 23-year-old has grown into a pivotal figure in Vincenzo Montella’s plans, and he’s started the new campaign off in impressive fashion with two goals and four assists in five appearances.

While the renewal has been talked about for months even before Yonghong Li’s takeover of the club in May, it looks as though real progress is now being made as the report suggests that he will sign a new deal this week which will see him earn €3m-a-year plus bonuses, and the new contract will run until 2022.