Barcelona president Josep Maria Bartomeu says his club have agreed in principle to renew the contract of icon Andres Iniesta. 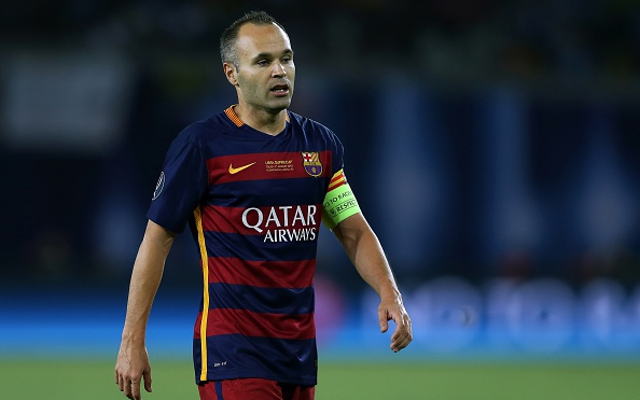 Sky Sports say the 33-year-old is out of contract in June and ‘reports from Italy’ have claimed that Juventus have enquired about attaining the World Cup winners’ services. However, the Catalan giants want the Spaniard to see out his career at the Nou Camp.

Lionel Messi has also had a contract agreed in principle but, like Iniesta, is yet to sign on the dotted line.

According to Mundo Deportivo, Bartomue stated:

“We already have an agreement in principle to renew [his contract] and we hope to finalise it in the coming weeks.”

“The idea is that he has an indefinite contract where it renews automatically every year until he thinks that he can retire or change.”

This will come as a relief to Barcelona fans ears after an unsettling summer saw Neymar leave for a world-record £198m fee to PSG before the club filed a complaint against him over a breach of contract, per Sky Sports, prior to rumours of Manchester City planning a bid for Messi.

They did cap off the window on a positive note, though, signing highly-rated youngster Ousmane Dembele for an initial £97m, so say the Guardian.

The Blaugrana boat is still rocking but the news will help steady the ship somewhat as they dive head-first into the new La Liga season.