Chelsea icon Frank Lampard was back at the club on Friday as he helped out by working with the club’s Under-18s in a training session.

After hanging up his boots earlier this year following a stint for New York City FC, the 39-year-old was confirmed as a BT Sport pundit for this season.

However, he looks as though he’s going to be a busy man over the next few months, as he’ll juggle that with his coaching career as Chelsea TV broadcast a training session on YouTube with him helping former teammate Jody Morris work with the club’s Under-18s side.

The youngsters won the FA Youth Cup last season for a fourth successive year, and so it’s clear that there is a lot of talent to be developed at the club.

In turn, Lampard is looking to gain further knowledge of the coaching side of things, with Morris helping him by inviting him to Cobham to attend and contribute to the training session.

It looks as though Lampard is set for two new chapters in his life after calling time on his illustrious playing career, as he’ll hope he can be equally as successful from the sidelines and in the studio as he was on the pitch. 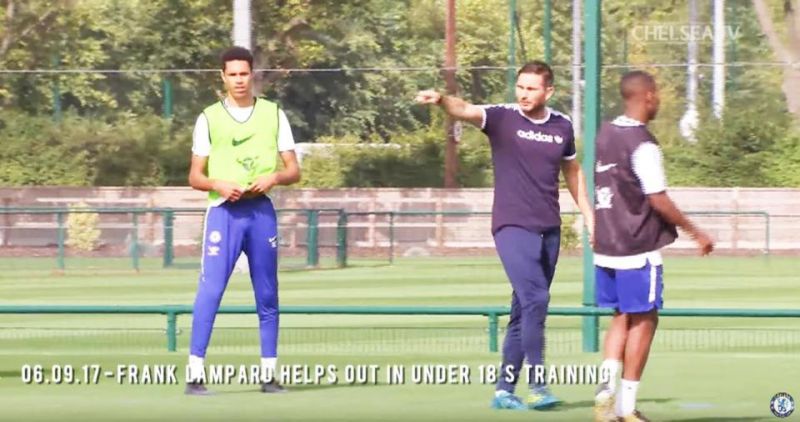 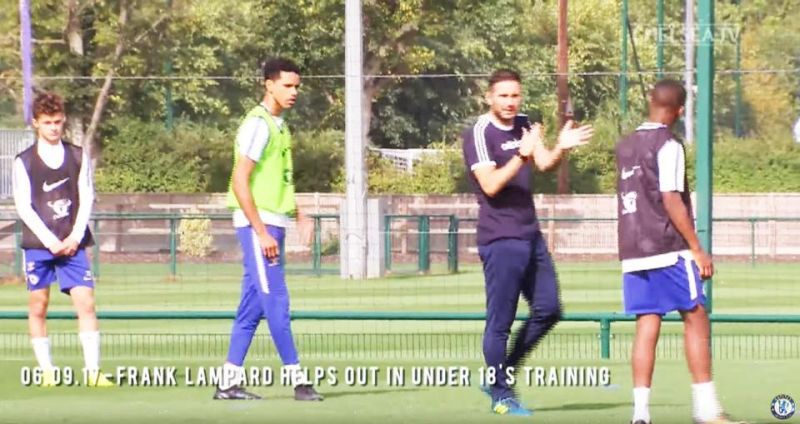