Vincent Janssen will not play another game for Tottenham Hotspur this season – or possibly ever again – after sealing a loan move to Fenerbahce on Friday.

He scored just one goal from open play in 28 Premier League matches. 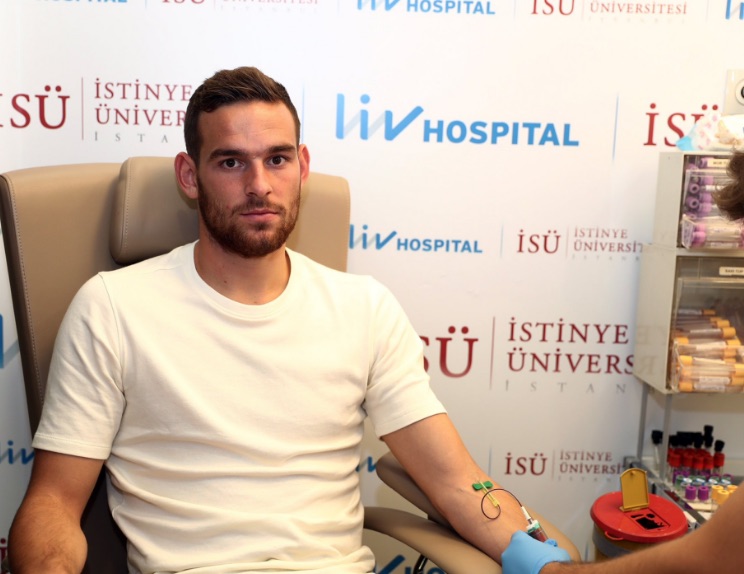 Janssen looked far from delighted during his Fenerbache medical

Janssen surely knew his time was up last month when Spurs manager Mauricio Pochettino decided against bringing him off the bench for the final few minutes of the 1-1 draw with Burnley, instead opting to use centre-back Toby Alderweireld as a makeshift target man.

Although Janssen probably needed to leave Spurs for the sake of his career, a move to Fenerbahce – albeit just a short-term one until the end of the season – is clearly a step down.

He seemed thoroughly miserable as he was photographed during his medical.

The poor bloke looked like he was being euthanised!