Man Utd have made a perfect start to the Premier League season with three wins in three as they look to challenge for major honours this year.

In order to compete on various fronts though, they’ll need squad depth to allow Jose Mourinho to rotate and keep his players fresh.

Based on the graphic below, he shouldn’t have any problems with that as he’s got a whole host of world-class and solid options in every department in his squad.

Zlatan Ibrahimovic will return in a couple of months to offer real competition for Romelu Lukaku, while there is plenty of attacking talent to play around them on the wings.

In midfield, Nemanja Matic, Ander Herrera and Paul Pogba will likely be first choice when fit and available, but there is still plenty behind them to cover any injuries or loss of form.

It’s a similar situation in defence, as although some may raise question marks over the quality of the back-up players, Mourinho will likely feel confident that they can step in and deliver when called upon.

As for Sergio Romero, he showed in the Europa League run last season that he is more than capable of being a reliable stand-in for David De Gea, and so for those making early arguments that Man Utd can compete for the Premier League this season, this graphic certainly backs up that claim. 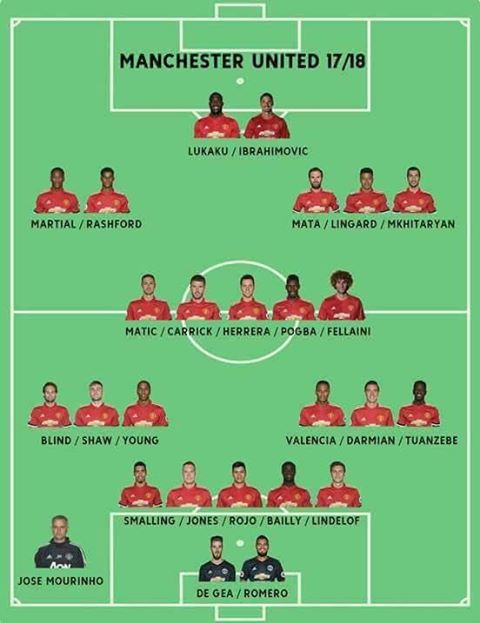